On the night between Saturday and Sunday unknown persons broke into the Cathedral of St. Nicholas in Karlovac. Sacred and other objects were stolen, the inventory scattered and material damage was done, Gornji Karlovac Diocesan said in a statement. 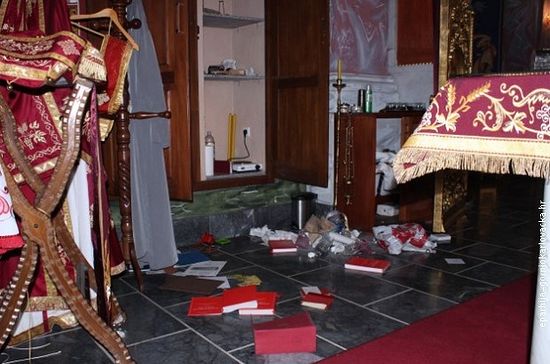 Vandals broke in through the side door, it was confirmed by the priest Slavisa Simakovic, adding that they desecrated the altar and liturgical objects and books, stole part of the items, and what they did not steal, they scattered on the floor, Tanjug reported.

“There isn’t a single part of the temple that hasn’t been examined, where church inventory wasn’t stolen or scattered. All crosses were stolen, the accessories for baptism damaged, so we could not celebrate today’s feast of the Temple (Sretenje) with a liturgy,” said the priest who wondered if this was just about greed, or someoney deliberately spoiled the planned event.

During the ten years he has been a parish priest in Karlovac, this is just one in a string of incidens – the last one happened at the end of the last year, when the walls of the Cathedral were written with graffiti “For home ready” (Croatian – Za dom spremni) and Ustasha “U”. Before that metal lids on manholes were stolen.

“Thieves were never caught, except the thief who stole the metal lids, so my message to the authorities is that it is high time to put an end to these unfortunate events which disrupt the peace and order, and cause severe damage to the Serbian Orthodox Church in Croatia in a spiritual sense,” said Simahovic and told the vandals that it is high time to sotp themselves from such behavior.

The police conducted an investigation and confirmed the incident.

Otherwise, Sretenje is a religious holiday and also a state holiday in Serbia – the Statehood Day. 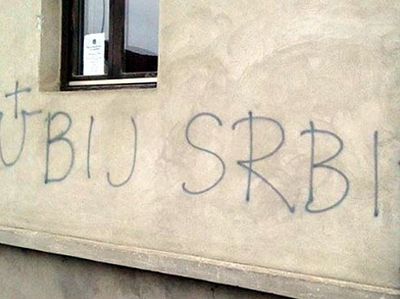 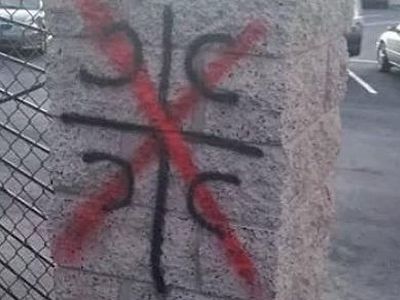 Vandals desecrate Phoenix church with 'fascist symbols' Members of a north Phoenix Serbian parish coming in for Orthodox Christmas services on Wednesday morning were horrified to see their church had been vandalized with fascist symbols, according to a church spokesman. 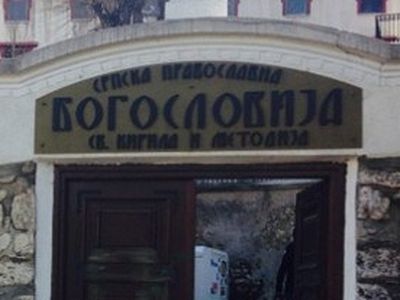 KLA Graffiti Appear On Cyril And Methodius Seminary In Prizren

KLA Graffiti Appear On Cyril And Methodius Seminary In Prizren The statement says that this is why the Bishop of Raska and Prizren Teodosije expressed serious concern and disappointment “since the restoration of Prizren Seminary in the last four years, a similar incident has not been recorded”.
Комментарии
R. Grant19 февраля 2015, 18:00
All who did this ought to be ashamed of themselves. I don't know how they can sleep at night. They think they're getting away with it ,little do they know God sees ALL, and one day they will all have to answer to Him. When you have nightmares the rest of your life you'll wonder why ?????? DISGUSTING!!!
Sheila H.17 февраля 2015, 21:00
Lord have mercy.