Only Christ, the true Physician of the inner man, can heal the soul, and array it in the garment of grace. 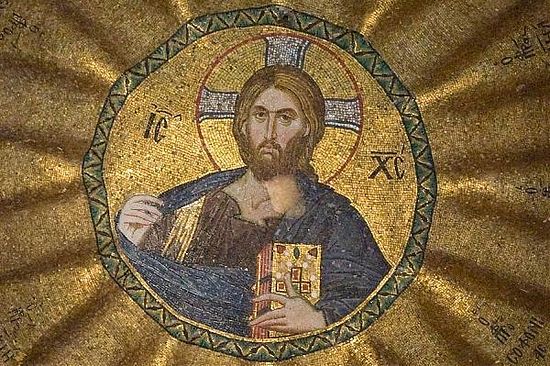 1. If any one is naked for want of the divine and heavenly raiment, which is the power of the Holy Spirit as it is said, If any man have not the Spirit of Christ, he is none of His1 let him weep and beseech the Lord, that he may receive the spiritual raiment from heaven, that his soul, now naked of the heavenly operation, may be clothed, because the man who is not clad in the raiment of the Spirit is covered with much shame of vile affections.2 In the outer world, if any one is naked, he is in great shame and disgrace, and friends turn away from friends when they are naked, and kinsfolk from those belonging to them, and children, seeing their father stripped naked, have turned their faces away, not to look upon their father's naked body, and have gone backwards and covered him, and have not till then turned their faces to him. In the same way God's face is turned away from souls that are not clothed with the raiment of the Spirit in full assurance, from men who have not put on the Lord Jesus Christ3 in power and reality.

2. The first man when he beheld himself naked was ashamed, so great is the disgrace attaching to nakedness. If then in bodily things nakedness means so much shame, how much more is the soul that is naked of divine power, and wears not, nor is clad with the unspeakable, incorruptible heavenly raiment, the Lord Jesus Christ Himself, in reality, covered with still greater shame and disgrace of vile affections; and every one who is naked of that divine glory ought to be as much ashamed of himself and as much aware of his disgrace, as Adam was when he was naked. Although he made himself an apron of fig-leaves, he wore his shame and nakedness none the less, acknowledging his poverty. Let such a soul then ask of Christ, who gives glory and arrays therewith in light unspeakable, not making for itself a cloak of vain thoughts, deceiving itself with the imagination of a righteousness of its own, or fancying that it possesses the vesture of salvation.

3. If anyone takes his stand upon a righteousness and redemption of his own, not looking for the righteousness of God which is the Lord, as the apostle says, Who is made to its righteousness and redemption,4 he labors in vain and to no purpose. For all the dream of a righteousness of his own is at the last day manifested as nothing but filthy rags, as the prophet Esaias says, All our righteousness is as filthy rags.5 Let us then beg and implore God to clothe us with the garment of salvation,6 our Lord Jesus Christ, the unspeakable light, which souls that have once worn it shall never put off again, but in the resurrection their bodies also shall be glorified by the glory of the light, with which faithful and noble souls are even now clad, as the apostle says, He that raised up Christ from the dead shall also quicken your mortal bodies by His Spirit that dwelleth in you.7 Glory to His unspeakable compassion and His inexpressible mercy.

4. And again, as the woman that was diseased with an issue of blood, on believing truly and touching the Lord's hem, at once found cure, and the flow of the unclean fountain of her blood dried up, so every soul that has the incurable wound of sin, the fountain of unclean and evil thoughts, if it only comes to Christ and implores in true faith, finds saving cure of that incurable fountain of the passions, and that fountain which sends up the unclean thoughts fails and dries up through the power of Jesus only; nothing else can cure this wound. For the enemy at the transgression of Adam so contrived to wound and darken the inner man, the directing mind which sees God.8 Thenceforth his eyes looked clearly upon bad things and upon the passions, but were shut out from the good things of heaven.

5. He was so sore wounded that none could cure him but the Lord only. To Him alone it was possible. He came and took away the sin of the world;9 that is, He dried up the unclean fountain of the thoughts of the soul. As that diseased woman spent all that she had upon those who professed to be able to cure her, but could be healed by none, until she approached the Lord, truly believing and touching the hem of His garment, and then at once felt the cure, and the issue of blood staunched, so the soul, wounded at the beginning with the incurable wound of evil passions, none, whether righteous men, or fathers, or prophets, or patriarchs, had force to heal.

6. Moses came, but he could not bestow a complete cure. Priests, gifts, tithes, sabbaths, new-moons, washings, sacrifices, burnt offerings, and every other righteousness, was performed under the law, and the soul could not get cured and cleansed from the unclean issue of bad thoughts. Every righteousness of the soul was unavailing to heal man, until the Savior came, the true Physician, who cures without cost, who gave Himself a ransom for mankind. He alone accomplished the great, saving deliverance and cure of the soul. He set it free from bondage, and brought it out of darkness, glorifying it with His own light. He dried up the fountain of unclean thoughts that was in it. Behold, it says, the Lamb of God, that taketh away the sin of the world.10

7. The earth could not be cured and healed of so great an invisible plague by any medicines of her own, that is, by righteous actions proceeding only from herself; but by the heavenly divine nature of the gift of the Holy Spirit. Only by this medicine could man find cure and attain life, being cleansed in heart by the Holy Spirit. But as that woman, though she could not be cured, and remained undone, yet had feet to come to the Lord, and coming to find cure; and as that blind man, though he could not pass over and come to the Lord, because he could not see, yet sent a swifter messenger in his voice, saying Thou Son of David, have mercy on me,11 and thus believed and found cure by the Lord's coming to him and making him to see clearly, so the soul, though undone by vile affections, and blinded by the darkness of sin, yet has the power of will to cry out and call to Jesus, that He would come and work eternal deliverance for the soul.

8. Had not that blind man cried out, had not that sick woman come to the Lord, they would not have found cure; so, unless a man comes to the Lord of his own free will and with whole purpose of heart, and petitions Him with assurance of faith, he finds no cure. Why was it that they were at once cured on believing, while we have not yet seen truly clear, and have not been cured of the hidden affections? And yet the Lord takes more thought for the immortal soul than for the body, the soul which, if it once gains clear sight, according to him who says, Open thou mine eyes12 shall never again be blinded, and once cured shall never have wrecked health. If the Lord came upon earth and took such care of perishable bodies, how much more of the immortal soul, made after His own likeness? It is because of our unbelief, because of our divided mind, because we do not love Him with all the heart, nor really believe Him, that we have not yet found the spiritual cure and salvation. Let us then believe Him, and come to Him in reality, that He may speedily work in us the true cure. He has promised to give the Holy Spirit to them that ask Him13 and to open to them that knock, and to be found of them that seek,14 and He that has made the promise cannot lie. To Him be glory and might forever. Amen. 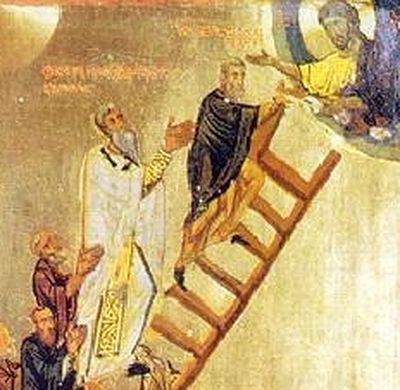 On St. John Climacus, and the Miraculous Revelation of Patriarch Tikhon's Relics Archimandrite John (Krestiankin) The Patriarch was the spiritual leader of the Russian people during a very difficult time. He continues to be so during our difficult time in Russia—a time of schism, separation, and falls. The Church's duty in such trials is to inspire and unite the people for the sake of saving their native land, faith, and truth, serving for unification. 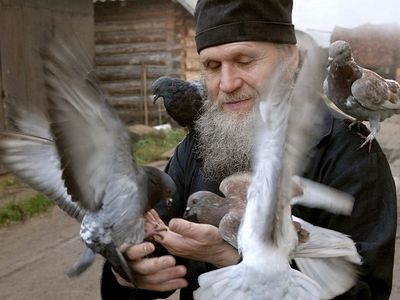 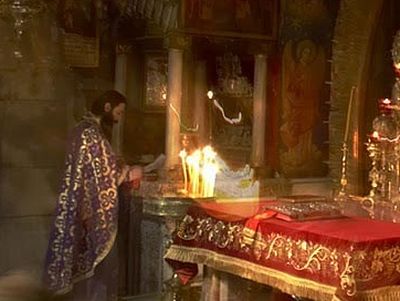 Lenten Reading: St. Macarius the Great. Homily 21 St. Macarius the Great A Christian man has a twofold warfare set before him, an inward and an outward, the latter, in withdrawing from earthly distractions; the former, in the heart, against the suggestions of the spirits of wickedness.
Комментарии