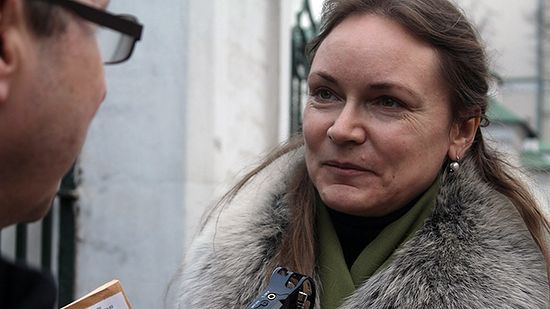 The question many people ask: How come hundreds of West Europeans came to fight for the self-proclaimed republics in Eastern Ukraine? In fact, the defense of Donbass became the first major volunteer war in Europe since the Spanish Civil War.

Then the internationalist brigades (briogadistas) composed of the British, French and Polish leftists, coupled with military professionals from the Soviet Union, fought against the onslaught of the Nazi-supported Franco regime on the legitimate leftist government in Madrid. This time, however, the volunteers face the main problems at home: unlike the communists of the 1930s, they are often blacklisted or even arrested upon their return to the ‘zone of prosperity, democracy and rule of law’ in Spain or Germany.

The usual explanation of the mainstream media: these people were just looking for danger. But is this argument valid? There were plenty of opportunities to tickle one's nerves for Europeans after the collapse of the Soviet Union: ethnic wars in Yugoslavia, the Caucuses and even the Middle East were for everyone to visit. So, why did the German or Spanish volunteers choose Donbass? Because it is the first ideological war, in which one can fight against the evil, which is untouchable in Western Europe: aggressive expansionism of the US, NATO and the EU. This can be made clear by an interview with Margarita Seidler – the only Western woman volunteer from Igor Strelkov's battalion.

In Russia, Margarita Seidler has become known since the summer, when the Russian television aired her first interviews. This young German woman, a native of Lutherstadt-Wittenberg (a prosperous German city, the birth place of Martin Luther) was in the battalion of Igor Strelkov, the former defense minister of the Donetsk People's Republic. Together with her commanders, she defended the town of Slavyansk and took part in Strelkov's famous breakthrough from the encircled Slavyansk to Donetsk. At the time, in summer 2014, people all over the world saw her face on television screens: a tired frail woman in military fatigues, she told in a quiet voice (with only a slight German accent) about the suffering of the civilian population in Slavyansk and about the horrible scenes she was a witness to during the Maidan revolution in Kiev. 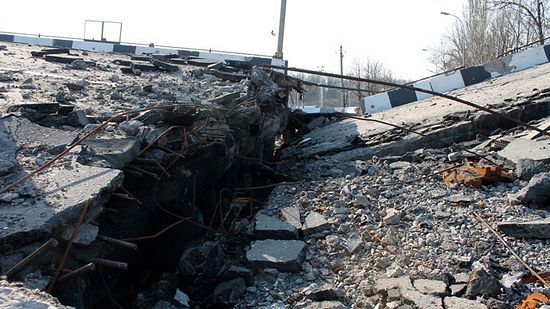 Now Margarita lives in Sevastopol, Crimea, making rare trips to Moscow - mostly, on Orthodox Church missions. She got a status of a political refugee in Russia and has no immediate plans to visit her native Germany. Her life story is fascinating - but she never tries to show off, stressing the logical, almost routine side of the sequence of events that led her from the safest place in Europe to the most dangerous one. During our conversation, she speaks in a calm, quiet voice of a woman from church.

Dmitry Babich: Margarita, will you have a chance to go back to Germany, to see your mother?

Margarita Seidler: I don't think I will go any time soon. I am not sure I will be safe. Some German deputies are already suggesting stripping the German volunteers in DNR's army of German citizenship. They say it is for fighting on the wrong side of the barricades. So, of course, I am not in raptures about travelling back to Germany any time soon. I have refugee status in Russia; in future I hope to stay here until the end of my life.

DB: How does your family react to your decision to help Donbass and stay in Russia?

MS: My father has passed away, peace be with him, and my mother is of course concerned about me. But when I told her I was in Slavyansk to fight against fascism, she understood. Both of my grandfathers fought against Russia in World War II. Because my mother's father was drafted into the army against his will in the 1940s, my grandmother was left to raise her four little kids alone. My mother blames fascism for what she had to go through in her childhood, so she understood me. 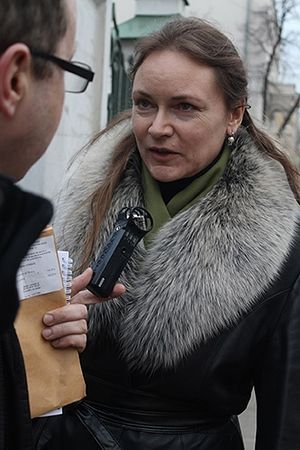 Photo by Alina Egorova
DB: The German deputies who want to crack down on the people like you might disagree with your vision. They say you actually helped fascism by helping the people that they call Russian extremist nationalists. Chancellor Merkel and other such deputies even call the new leadership of Ukraine reform-minded and even liberal...

DB: How come you found yourself in Ternopol?

MS: In the end of the 1990s, I studied medicine in Munich, Germany. It was my dream to become a surgeon. But one day I came to an Orthodox church there, and my life changed. I became a strong Orthodox Christian believer; my whole life has been devoted to the church and the holy Rus, which is a very important word to me. So, in 2002 I got a chance to live and work for six years in the Pochayev Lavra, a famous Orthodox Christian convent near Ternopol.

In the end of 2013, I worked in an Orthodox Christian public organization called Narodny Sobor (People's Convention). I worked in its Kiev office, helping to publish the group's newspaper. So, I was a witness to the Maidan ‘revolution’ from the beginning to the end. Our office was located on Grushevsky Street, where the bitterest fighting took place. We shared our building with the pro-Yanukovich Party of Regions, so when the people whom the Western media called ‘the heroes of Maidan’ stormed that building and even set it on fire, I was saved just by a happy coincidence – I was not in the office that day. A woman secretary in the Party of Regions' office was murdered then and the head of our office was beaten nearly to death by metal bars.

After that, it became clear to my colleagues and me that political opposition to the new regime was simply not possible. We went to Crimea, where self-defense groups were formed. I joined one of these groups. We helped to make sure the referendum on Crimea's return to Russia would be conducted in a fair way. I can assure you that no one forced Crimeans to vote for their reunification with Russia. They stood in lines from 6 o’clock in the morning to cast their vote. At the end of June 2014, I went to Donbass, where I saw what the Ukrainian army and the so called National Guard did to Slavyansk.

So, having lived through all of that, I can assure you that what Mr. Poroshenko and the so called Maidan activists did - all of that resembled Hitler's actions in the 1930s.

DB: What did you do in Strelkov's group in Slavyansk?

MS: I did not shoot or hurt anyone. What I did was something that the Western media would later describe as “information war.” I was filming the damage to the city and to its people from the Ukrainian artillery and aviation. I put this information on the internet; I distributed it to the Western media. Would I use arms if the worst came? I think the answer is yes. Before going to Donetsk, I had some training in handling weapons.And there was a moment when the Ukrainian forces seemed to close in on Strelkov’s headquarters, where I found myself. If they stormed the building, I was ready to shoot. You know, the whole city was encircled; we spent every evening in underground shelters, fearing the bombs. But this was not the hardest moment for me. If I had to shoot, this would have been the worst.

DB: Wouldn’t that go against your beliefs of an Orthodox Christian?

MS: No. People who call themselves pacifists often ascribe to Christianity their own wrong ideas about pacifism and what is in fact “peace on earth.” Look at the history of Russian church. Look at the biographies of St. Alexander Nevsky, St. Sergius of Radonezh and many other saints who had to take up arms or to encourage warriors. Without these people, Russia would have been colonized and our faith would have disappeared long ago. In Slavyansk, we were not fighting against individual people; we were fighting against the evil idea that you can kill civilians in the name of “united Ukraine.” And it is a moral duty to fight evil, sometimes with an arm in your hand. I think not only ethnic Russians in Ukraine, but also ethnic Ukrainians understood us. That is why so many Ukrainian servicemen changed sides or escaped to Russian territory. 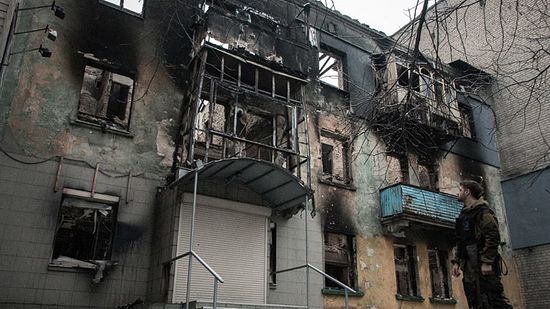 DB: Would you like to start a family in Russia?

MS: I am afraid, it is my destiny to stay free of family duties in order to devote my life to what I can do best – religious education, spreading the word, doing social work. Everyone should do what he or she can do best.

The interview is ended. Margarita excuses herself; she has to go to a church service. Before saying good bye, she stresses what she says is the most important thing for her. “Please, tell your readers that we did not do it for money," she said. "There were hundreds of West Europeans helping to defend Donetsk – not only Germans like me, but also Serbs, Spaniards, Italians, some French people. We did not get anything, except food and a bed to sleep on. We even had to buy our military fatigues for us in the local “Voyentorg” (stores selling uniforms and military paraphernalia) because the commanders required us to look different from civilians.We did not come for money. We came to fight fascism. I am afraid; this fight is far from its end in Donbass.”

Margarita appears to be right. When the Spanish police announced the arrest of eight Spanish volunteers who went to fight in Donbass, there was an attempt to present them as a handful of fortune-seekers, who went to fight for money and adrenaline. Charges of being mercenaries and of “fighting against the interests of Spain” were brought against them.

Soon, however, a whole movement in support of the arrested “interbrigadistas” sprang up not only in Spain, but also in several other Western countries. Activists from both the leftist groups (who make up the bulk of the Spanish volunteers in Donbass) and the non-systemic rightist formations (they form the backbone of the French volunteer units there) demanded that the criminal proceedings against their “comrades” in Spain to be stopped.

This situation makes the comparison of the hostilities in Donbass with the war in Spain even more vivid and ominous. It was during the Spanish Civil War of 1936-1939 that the depth of the divide between the Nazi-Fascist Axis and the anti-Nazi alliance of democrats and communists became apparent. In less than two years after the end of hostilities in Spain, the Nazi/Allies conflict, apparent in Spain, became the main collision of the great misfortune known as the World War II. If that is not an omen, then what should the omen be? 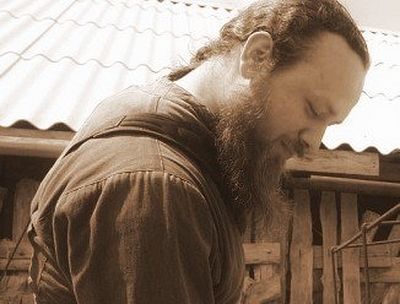 A Brutal Ordeal. A Monk Talks about his Torture

A Brutal Ordeal. A Monk Talks about his Torture “It was an exceedingly dismal place,” he comments. Thrown into a basement “cell”, he could see on the floor a huge pool of blood that had been haphazardly swept. “I don’t know whether a man was killed there or just badly beaten, but it was obvious that he lost nearly all his blood.”This, however, was only the holding chamber before the torture chamber. The worse was yet to come.
Комментарии