A total blockade of Donbass will cause mass starvation and death, representative of UOC MP warns

Head of the Synodal Department for Humanitarian and Social Issues of the Ukrainian Orthodox Church of the Moscow Patriarchate (UOC MP) Archpriest Vladislav Dikhanov, commenting on the recent statement of leader of the Petro Poroshenko Bloc parliamentary faction Yury Lutsenko regarding a possible full blockade of the Donbass territories that are not under Kiev’s control, has warned that such actions may lead to tragic consequences, reports the UOC MP’s official website. 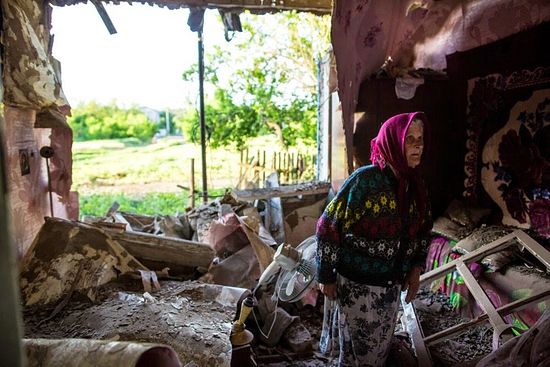 “The districts situated in the immediate vicinity of the military operations will primarily suffer from it. The most difficult situation is in the buffer zone – already now people are literally starving to death there. Children were mostly evacuated from the area, but there are still many old people as well as middle-aged people who did not wish to leave their homes,” Archpriest Vladislav Dikhanov noted.

According to him, nearly the entire infrastructure was destroyed in the combat zone, humanitarian aid is delivered there very rarely and many pensioners who are still staying there are physically unable to leave the area.

“If we ignore the people, then the statement endorsing a full blockade of the Donbass territories are not controlled by Kiev sounds politically “eloquent”. But it sounds very different, if we take into account the people who live there, many of whom cannot resettle or simply want to remain in their native land where they were born and have lived all their lives,” the UOC MP representative stressed.

Speaking at the Verkhovna Rada (the Ukrainian Parliament) on June 2, Yury Lutsenko made the statement that the Donbass territories that are under control of the “insurgents” would face a full economic and food blockade.

Over the past seven months, the Ukrainian Orthodox Church (Moscow Patriarchate) has sent 3,000 metric tons (c. 6 613 867 lbs) of humanitarian aid and more than 30 million grivnas (or hryvnias: the chief Ukrainian monetary unit) in support of Donbass civilians and displaced people, the message reads. 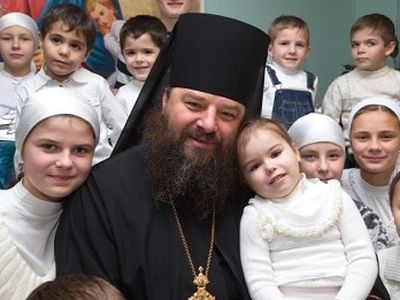 Ukrainian Orthodox Bishop calls on his Flock not to Surrender their Children to the Satanists Bishop Longin is famous as the founder of the Monastery of Bachensk, where hundreds of orphans are looked after, 200 of whom have been adopted personally by this energetic bishop. 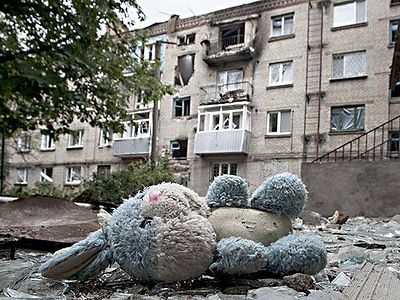