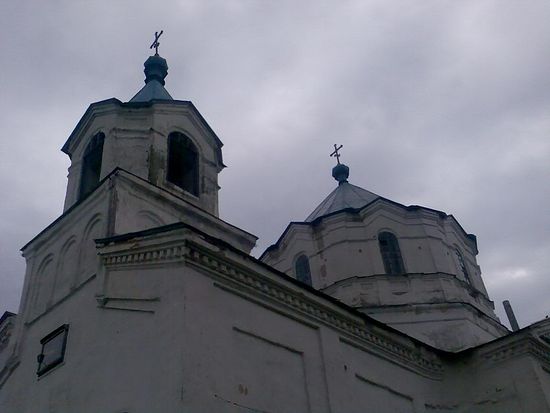 The incident has happened at St. Vladimir Church in the village of Malye Dmitrovichi, the Obukhov District, the Kiev Region, Ukraine.

Unidentified people rushed into the church during the liturgy, they called themselves representatives of the local self-defence. Priests of the self-proclaimed Kiev Patriarchate later joined them, press service of the Ukrainian Orthodox Church reports.

"Swearing, they made the rector and parishioners stop the service and leave the church, the the church was closed. Militia arrived on parishioners' call, but kept away from the incident and did not interfere when the service was disrupted," the message further reads.

The local community turned to the prosecutor's office complaining on the intruders and law-enforcement officers.

80 law-enforcement officers had to go to Pochayiv to maintain order The police and the Security Service of the Ukraine are trying to find the people who spread the false information on a possible attempt to remove the wonder-working Pochayiv Icon of the Holy Theotokos from the Dormition Pochayiv Lavra and to replace it with a copy.

An Orthodox priest is detained in the Rivne region Thus, unidentified people punctured tires of cars parked near a church. Also, law-enforcement authorities for no reason whatsoever have now detained at least one Orthodox priest.
Комментарии