Metropolitan Sergius of Ternopil: “We will defend our holy places”

On the violent takeover of a church in Katerinovka 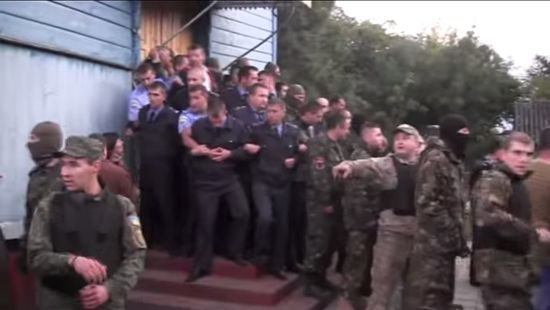 On September 21, 2015, the Church of St. George the Victory-Bearer in the Katerinovka village of the Kremenets district of the Ukraine’s Ternopil region violently seized by the schismatic “Kiev Patriarchate”. The parish belongs to the Ukrainian Orthodox Church (Moscow Patriarchate). The act was arranged with the participation of “Right Sector” militants and law-enforcement agencies, who had been ordered by representatives of the “Kiev Patriarchate” literally to beat up the parishioners of UOC MP. These facts were reported at a briefing organized by the Synodal Information Department of the Ukrainian Orthodox Church of the Moscow Patriarchate on September 25 at the Kiev Caves Lavra. 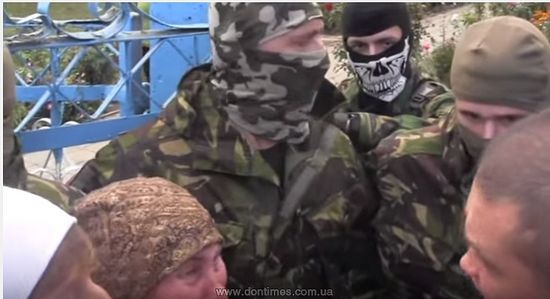 At the beginning of the briefing, representatives of the media were shown a video in which it was clearly seen how people in masks and with “Right Sector” chevrons used force against elderly women, preventing them from entering the church courtyard.

The attendees viewed footage on which a representative of the “Ternopil-2” battalion was thumping faithful members of UOC MP with batons, and committing other acts of violence against unarmed, defenseless citizens. 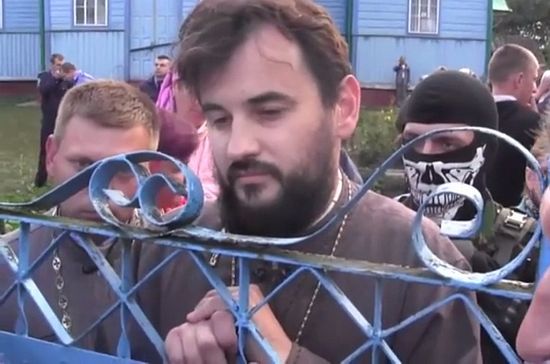 Archpriest George Kazmiruk, who was an eyewitness of the tragedy, has related that not only did the representatives of the “Kiev Patriarchate” take over the church, they also grabbed the property, church vessels and holy objects belonging to the UOC MP community. The police did not try to hold back the armed extremists, thus allowing a violation of Ukrainian law. Before the church seizure, “The Right Sector” gunmen broke the windows in the house of one parishioner and sprayed pepper spray into her rooms. An ambulance was called to help this elderly woman.

The clergyman has noted that members of the National Guard acted jointly with the “Right Sector”. As a result of the beating more than fifteen people were injured. Some individuals intimidated the village residents afterward, threatening them if they should report incident to the police. The “Right Sector” representatives also required information on those who sought medical help after the bashing of September 21 from doctors of the Kremenets district hospital. 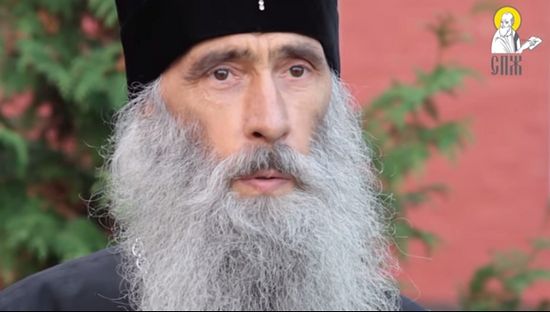 On October 7, Metropolitan Sergius of Ternopil and Kremenets (the Ukrainian Orthodox Church of the Moscow Patriarchate) answered questions from journalists of the Uoj.org.ua Ukrainian website.

—Your Eminence, what was the mood of the faithful who had taken the beating in Katerinovka village?

—I will tell you, in spite of this tragedy they were in a good and joyful mood.

They do not want to take revenge against their attackers, yet they have not become embittered. They have understood this as a kind sign, that they were vouchsafed to suffer for the faith. The people have endured beating and blows, but have not responded in kind.

They have become reconciled with the situation and this is the power of their faith, this is their joy, that they will try their best to witness Orthodoxy in the future. As is clear from their words and spirit, the faithful are prepared to endure more trials.

Not to hate, but to forgive those who are unaware of what they are doing.

—Tell us, please, how do matters stand with the church in Katerinovka today?

—Negotiations have been held more than once, and now there have been negotiations again at the Kremenets administration, at which our community has said that it is against holding services by turns [that is, sharing their facility with the “Kiev Patriarchate”.—O.C]. But despite the present situation, our community is asking to give them the opportunity (when time allows and when there is a suitable place or a piece of land) to build a new, separate church, so that no one could prevent them from praying.

Unity with God in prayer is of a vital importance for us. It is impossible to obtain eternal salvation without this. But in the atmosphere of enmity and animosity it is extremely difficult to pray.

We are asking (and our request has been taken into consideration) to give us an opportunity to worship in a building that is currently unused, to provide us with a site for a new church. And what has just happened at the negotiations gives us hope that the Lord will help us, through the prayers of the faithful and those who suffered for the faith.

We wholeheartedly wish to pray to God in peace: for our own salvation, for salvation of our nation and, of course, for prosperity and salvation of the God-preserved Ukrainian land. This is what our hope is at this time.

—How are you going to assert your rights further, since the state authority has de facto taken the side of one of the schismatics, the people who seized your church?

—Undoubtedly, we will not waive anything; we have absolutely no right to do that.

Because the churches in which people prayed for centuries are now being desecrated. We simply cannot leave our church to its fate or hand it over to someone else.

Now some people have lost the fear of God and do not want our communal prayer to continue in the church. And we will do our best to defend our holy places. And, surely, we will defend them according to the law of the Holy Church, of conscience and of our state. In spite of all this, there is the right, there is an opportunity; and I believe that those who today do not wish to comply with the law—neither Church nor state law—will finally understand (by the grace of God and by the prayers of the faithful) that there is no other way.

And we will follow this way as far as possible; although, unfortunately, our opportunities are currently limited and our rights are being violated.

It is said that God is not in might, but in truth. Let us act according to the truth of God, with patience, prayer, love and with a particular prayer for those who have gone the wrong way and lifted their hands against these holy places. This is our path, whereon we set our hope on the grace and help of the Lord. 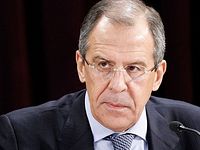 Christians persecuted in Ukraine by national-radical forces - Lavrov "Three Orthodox priests have been killed, and many others have fled to Russia from extremist threats," he said. 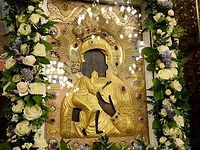