Georgian archbishop says, investigations prove that the relics of St. Maximus the Confessor are in Georgia

With the blessing of His Holiness Catholicos-Patriarch Ilia II of Georgia the Fifth International Theological Conference was held in Tbilisi. This year scientists, researchers, and Church figures from Serbia, Greece, Russia, the UK and Australia took part in the conference which was dedicated to the life and activity of St. Maximus the Confessor (c. 580-c. 662; feast: August 13/26). 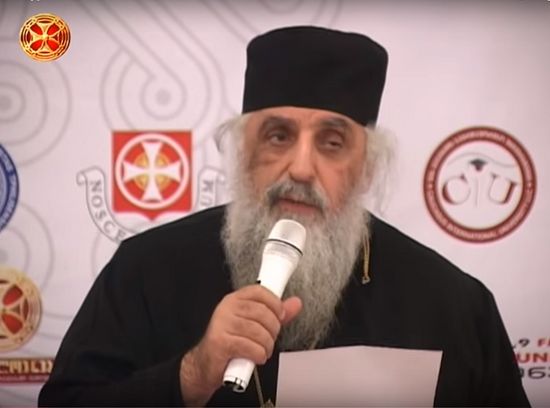 At the conference the results were announced of the investigations lasting several years that were dedicated to the authenticity of the saint’s relics uncovered in Georgia in 2010.

Archbishop Stephan of Tsageri and Lentekhi, Metropolitan Anania of Manglisi and Tetritskaro as well as clergy and scholars were present at the meeting. 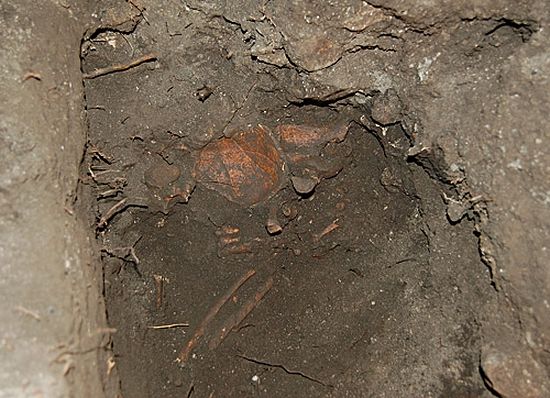 The excavation pit with the saint’s relics, 2010.

The investigation results were read out and it was announced that the relics which had been found in 2010 in Tsageri indeed belonged to St. Maximus the Confessor and are a precious treasure of the Georgian Church.

“There has always been a Church tradition in Georgia that the relics of St. Maximus the Confessor rest in the St. Maximus Monastery at the base of the Muri fortress near Tsageri, under the altar of the now restored little church,” related Archbishop Stephan in as early as 2012. “When I was a student I already knew that this saint was buried somewhere near Tsageri. With time I started familiarizing myself with this question, with the sources, theological research, the archaeological excavation results of 1914. Undoubtedly, I used the works by Prof. Korneli Kekelidze (a prominent Georgian scholar: 1879-1962), Alexander Brilliantov (a famous Russian Orthodox theologian: 1867-1933), Prof. Sergei Epifanovich (a patrologist and researcher of St. Maximus the Confessor’s life: 1886-1918) as well as several others. The expedition of 1914 carried out archaeological excavations not inside the church, but only around it. According to the expedition’s results, the church was old and there had been a monastery there, but no evidence directly connected with St. Maximus was found. Then the First World War began followed by the Revolution, so the works were halted.”

It was Archbishop Stephan who supervised the works when the relics were finally discovered: “Embarking on the excavations inside the church we had doubts about the necessity of that decision, especially as only Patriarch Ilia II could affirm it. However, in any case we needed to carry out restoration works inside the church: to renew the floor and to install a new marble altar. This little church had been restored without any specific plan by the local residents on the site of the previous one, destroyed by the Bolsheviks. We were convinced that the relics of St. Maximus the Confessor rested there, as this tradition was passed down from generation to generation. During the Soviet era people venerated this site as marking the grave of St. Maximus the Confessor.”

“We know that St. Maximus the Confessor and his disciples were tortured for their faith: their tongues and fingers were cut off that they might not preach any more. The fingers of the discovered bodies had been cut off and they had traces of mouth infections (which may have developed only from an open wound in their lifetime). The remains of four people were uncovered in all. One of them had been buried at a lower level; most probably these are the relics of St. Arsenius to whom the monastery had been originally dedicated. Those who were buried at an upper level, in the anthropologist’s view, are St. Maximus the Confessor along with his disciples St. Anastasius the Apocrisiarios and St. Anastasius the Monk,” the hierarch recounted soon after finding the relics.

Now the investigations, in which the scientists, archaeologists, anthropologists and pathologists were involved, have proved that the uncovered relics indeed belong to St. Maximus the Confessor.

Relics of a great Georgian saint, elder Gabriel (Urgebadze), uncovered On February 22, 2014, in the Georgian town of Mtskheta—the former capital of the early Georgian kingdom of Iberia—a significant event happened at the Samtavro Convent, which Orthodox Christians of Georgia and all over the world had waited with great reverence and love. The holy relics of the great elder and wonder-worker, Blessed Father Gabriel (Urgebadze), fool-for-Christ, were uncovered. 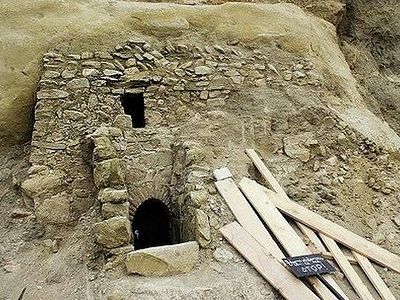 An ancient chapel discovered in the caves of the David-Gareja monastery complex The researchers believe that the wall paintings date back to the 13th century. 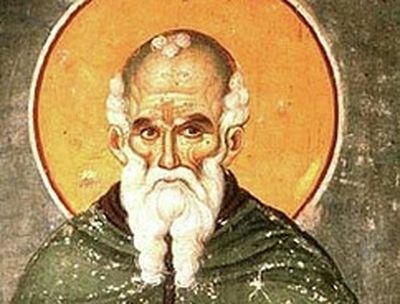 Clash of Paradigms: The Doctrine of Evolution in the Light of the Cosmological Vision of St. Maximos the Confessor, by the Rev. Vincent Rossi Dr. Vincent Rossi

Clash of Paradigms: The Doctrine of Evolution in the Light of the Cosmological Vision of St. Maximos the Confessor Vincent Rossi Going beyond the typical surface-level considerations of the degree of compatibility between evolution and Orthodox theology, Vincent Rossi offers an indepth explanation and examination of the shining cosmological vision of the great St. Maximus the Confessor, considering the implications of the theory of evolution in light of the seventh century saint's system.
Комментарии
Stellajanetorrez29 октября 2015, 20:00
Was there a saint Maison ? Tell me more about the Ukrainian Greek Catholic ChurchPlease