Source: The Russian Orthodox Church Outside of Russia 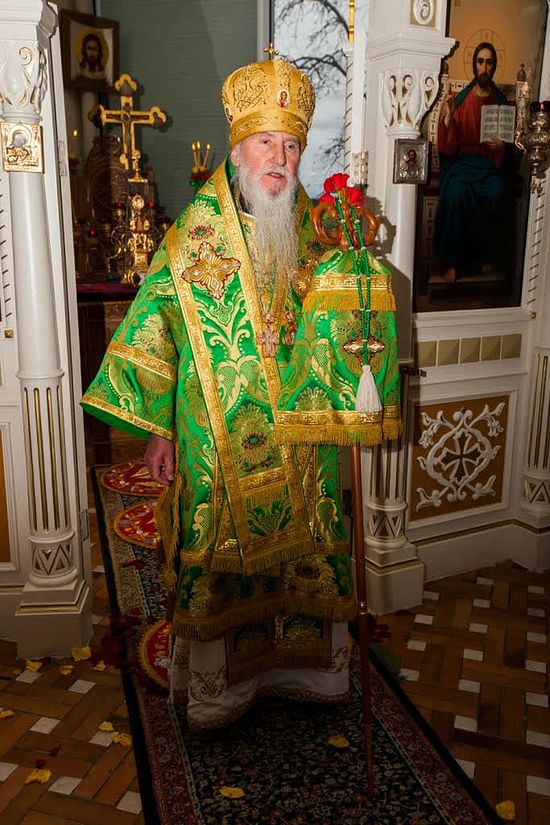 The commemoration of two great saints always falls on November 30. One of them is St Gregory the Neo-Caesarian, the other, a great hesychast (ascetic devoted to the Jesus Prayer), St Paisios Velichkovsky.

It is no accident that on the feast day of these two holy men is also the 35th anniversary of the episcopal consecration of our dear Abbot, His Eminence Archbishop Mark of Berlin and Germany of the Russian Orthodox Church Outside of Russia, a man also devoted to the Jesus Prayer and the Ruling Bishop of the German Diocese.

The calling of hierarch and a monk in the truest sense of the word, are perfectly united in this one individual. It brought us great joy that His Eminence decided to prayerfully mark the occasion of the anniversary of the 35th anniversary of his consecration in the Convent of St Elizabeth in Buchendorf, Germany. Many admirers and spiritual children of Vladyka Mark came on this Sunday, November 29, 2015, to join in prayer. All wished to welcome him for his greeting at Liturgy, scheduled for 4 am.

Under the gentle singing of the nuns, and accompanied by Abbess Maria and candle-bearing nuns, Vladyka Mark slowly proceeded into the entrance to the church. The long hallway was adorned with burning candles and flowers, arranged by the sisters. Fourteen priests, deacons, subdeacons and acolytes awaited their beloved archpastors, and midnight office then bagean, followed by matins and Divine Liturgy. The service was dedicated to St Paisios and St Gregory. The bishop’s cathedra was also decorated with roses, which reminded one of the Pentecostal services.

Protopriest Apostolos Malamussis, the Vicar of Bavaria, read a greeting from His Eminence Metropolitan Augustine, head of the Greek Orthodox Metropoliate in Germany, Exarch of Central Europe of the Patriarchate of Constantinople. Afterwards, greetings were read from His Holiness Patriarch Kirill of Moscow and All Russia and His Eminence Metropolitan Hilarion of Eastern America and New York, First Hierarch of the Russian Orthodox Church Outside of Russia, followed by congratulations from the clergymen and parish leaders, including one from Vera Aleksandrovna, warden of Holy Dormition Church in London, who was also in attendance with members of its sisterhood.

The congratulations were punctuated by singing of Many Years by the nuns and the local men’s monastery. 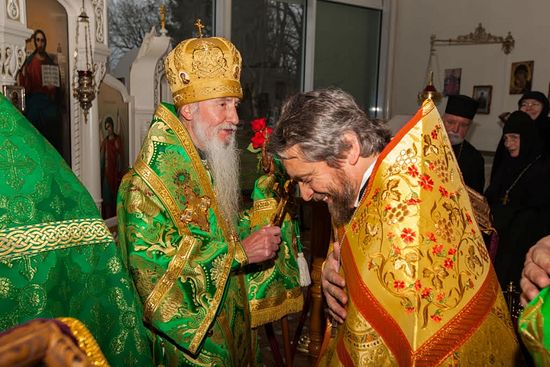 The Russian Orthodox Church Outside of Russia 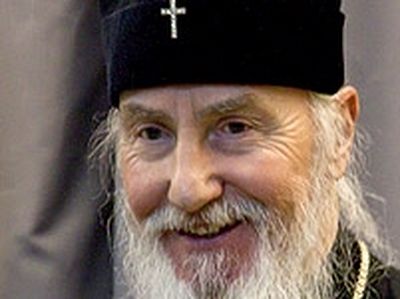 Archbishop Mark of Berlin and Great Britain Speaks With the Students of Sretensky Theological Seminary When I enrolled in university, I met some Russian emigre youth my first year, wishing to deepen and broaden my knowledge of Russian and get more practice. It happened that I would attend church with them: on Saturday evenings, Sunday mornings, on holidays… I went for many years, not having been Orthodox yet. So the impulse to accept Orthodoxy arose in me, but I was afraid of the reaction of my relatives, and so I put off that decision. But at age twenty I finally became Orthodox. Some twelve years later I was tonsured a monk. 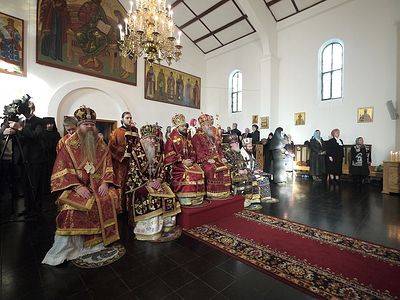 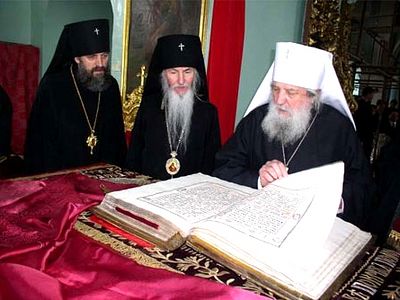