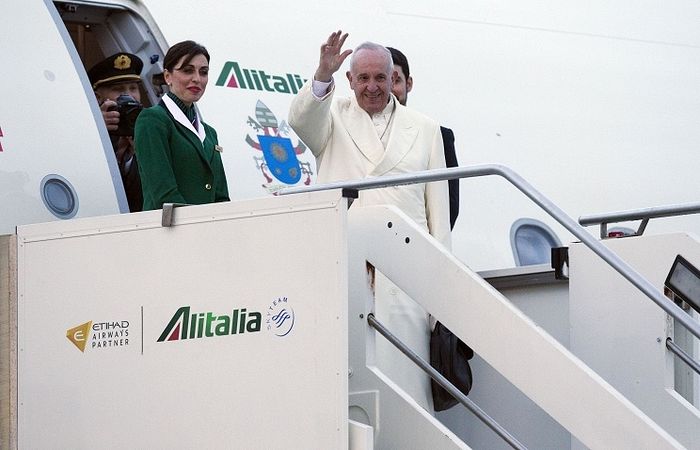 The problem of Greco-Catholics in Ukraine will be on the agenda of the forthcoming meeting of Pope Francis and Patriarch Kirill, of Moscow and all Russia, but it will certainly not be resolved at once, Patriarch Kirill’s press-secretary, priest Alexander Volkov, told the media.

"The topic of Ukraine, Eastern Rite Catholicism, and proselytism will be discussed. These issues remain unresolved. The Russian Orthodox Church in its dialogue with the Roman Catholic Church has invariably emphasized this," Volkov said. "And we understand that this theme is unlikely to be resolved now or in the foreseeable future." At the same time Volkov is certain that the meeting will be "a chance to discuss this theme in real time mode and, possibly, arrive at some conclusions, because our brothers in Ukraine still have to suffer."

The Russian Orthodox Church does not rule out that Patriarch Kirill of Moscow and all Russia and the Pope will hold more meetings in the future.

"Of course, it cannot be ruled out that if everything is fine, more meetings may follow," Volkov said. "First, we should wait for the meeting of the Patriarch and the Pope to take place first. Then we will see what the world community’s reaction to this will be like."

"In any case it is necessary to wait for the meeting to end and to see the response and actions following the calls that may follow from the heads of the Russian Orthodox Church and the Roman-Catholic Church," he said.

As Metropolitan Ilarion, of Volokolamsk, who leads the office of the ROC’s external relations, said on Thursday, the meeting of Patriarch Kirill and Pope Francis by no means heralds an end to the contradictions between the ROC and the Vatican. He explained that in the first place he was referring to the problem of the Eastern Rite Catholicism in Ukraine. In his opinion, "the situation has worsened due to the latest developments in Ukraine, in which Ukrainian Greco-Catholics were directly involved under anti-Russian and Russophobic slogans." 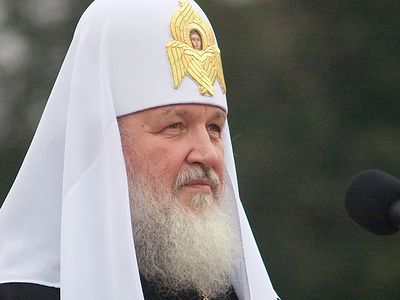 His Holiness Patriarch Kirill of Moscow and All Russia sends a message to Pyotr Poroshenko, president Elect of Ukraine His Holiness Patriarch Kirill The task that faces you is difficult and very important. The challenge for you is to find ways and means for reconciliation of the hostile parties and to do anything possible for the restoration of civil peace and accord. I am confident that in the present situation it is necessary to conduct an open dialogue with people and public leaders and heed the opinion of all residents of the country.
Комментарии