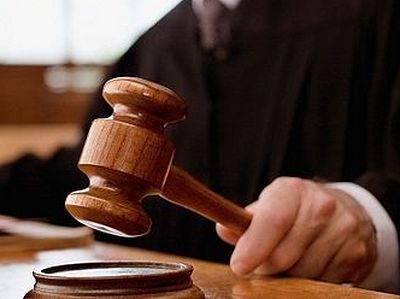 A court has ordered a French politician to pay a fine of 5,000 euros for Bible quotes regarding homosexuality during an interview, reports Noticia Cristiana.

In April 2014 former deputy of the French Parliament and leader of the Christian Democratic Party of France, seventy-year-old Christine Boutin, gave an interview to the journal “Charles” in which she was asked what she thought of homosexual relations. As a committed Christian the politician responded, referring to the words from the Holy Scriptures: Thou shalt not lie with mankind, as with womankind: it is abomination (Lev. 18:22). The politician also noted that she had “never judged homosexuals.” She stressed that sin is inacceptable, but we need to accept sinners.

On the grounds of these words two French LGBT associations sued her for “public incitement to hatred and violence.” Two years later the Paris court of appeals upheld the fine of 5,000 euros imposed on Boutin. The deputy is also obliged to pay 2,000 euros to two LGBT associations which filed a lawsuit against her.

The representatives of the French LGBT community declared that “the judicial power of France has sent a clear-cut message to society.”

As for Christine Boutin, she holds that she had every right to set forth her opinion on homosexuality. Moreover, in her statements the politician clearly distinguished people from their actions. 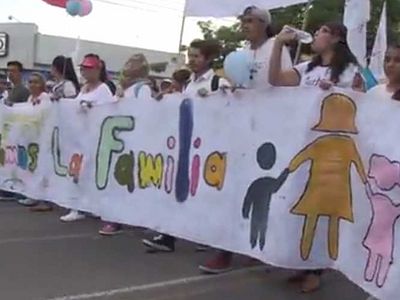 Mexican president’s gay ‘marriage’ initiative killed by legislators after massive nationwide protests
After months of repeated and massive national protests against Mexican President Enrique Pe&#241;a Nieto’s initiative to amend the constitution to create homosexual “marriage,” the amendment has been killed by a committee vote in the nation’s Chamber of Deputies, with a majority of members of the president’s own party voting against it. 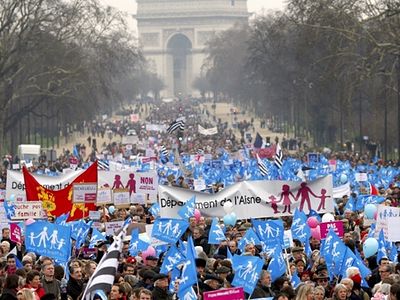 Tens of Thousands March in Paris Against Gay Marriage

Tens of Thousands March in Paris Against Gay Marriage
Tens of thousands of people have marched in Paris to call for the repeal of a law allowing gay marriage, six months before France's next presidential election. 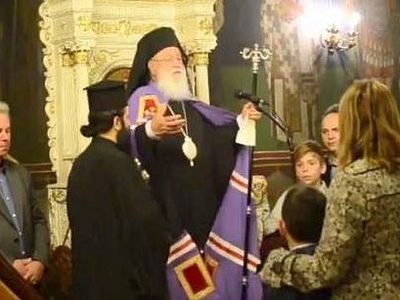 Metropolitan of the Greek Orthodox Church to appear before court for sharp remarks concerning sodomy
In April 2016 the metropolitan of Mantineia spoke out sharply against Greek Parliament’s adopting of the law on free cohabitation: “Worst of all is that Parliament voted for laws which call perversion and depraved couplings of people of the same sex marriage.”
Комментарии