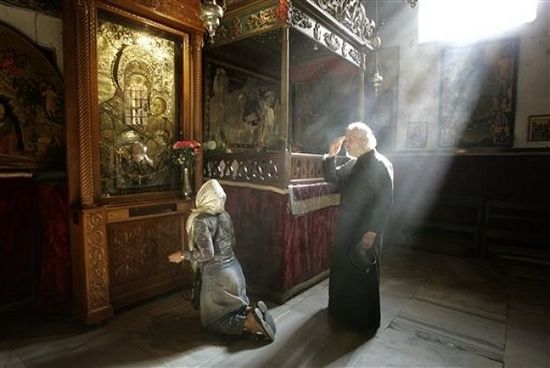 Among the greater mysteries of the New Testament are those surrounding the Mother of God. A large segment of modern Christianity has become tone deaf in this regard, a result of centuries of antagonism towards certain aspects of older tradition. It is a deafness that grieves my heart, primarily in that it represents a great gulf within the broader experience of the faith. A few years after my reception into the Orthodox Church, a friend from my Anglican past asked me if I ever thought of returning. He had no idea of how foreign the thought was to me. But within my mind, the first thought was the absence of Mary. I think I said something to the effect that I could never consider leaving “my mother.”

I’m not sure what those who are strangers to Mary imagine goes on in the life of an Orthodox or Catholic Christian. I cannot speak for Catholics (they’re more than capable of speaking for themselves). First, I know that there is nothing even remotely like worship accorded to her. The entire experience of veneration seems to have been lost within Protestant thinking. I often use examples of patriotic feeling, or some such inadequate experience, to suggest analogies. But, in truth, it is an experience that has no parallel.

For one, I have no conception of Mary apart from Christ. She is not someone-in-herself to be considered alone. The traditional title affirmed by the 3rd Ecumenical Council is “Theotokos,” the “Birthgiver of God.” In the same manner, we say of Christ, “born of the Virgin Mary.” Christ is the God become man, and His humanity is utterly and completely derivative of Mary. He is bone of her bone and flesh of her flesh. It is the nature of our humanity that if we speak of His Body and Blood, we cannot do so in a manner that excludes her from that reality.

But saying this can easily be lost in words of doctrine. Doctrine is always a discussion of reality, and it is the reality we want rather than the words. The Body and Blood of Christ are not an abstraction. They are a sweet warmth within the experience of the believer. How would I describe to the non-Christian the experience of communion? There are no words that I would ever exchange for that singular taste.

The oldest known devotion to Mary can be found in the words of a hymn that is documented to have existed and been sung before the middle of the 3rd century. It remains a very important hymn within Orthodoxy to this day:

Beneath your compassion,
We take refuge, O Theotokos:
do not despise our petitions in time of trouble;
but rescue us from dangers,
only pure, only blessed one.

Anyone who might suggest that this hymn represents some pagan-importation is simply historically ignorant. The 3rd century is the great century of martyrs when the Church was in constant conflict with the official paganism of the Empire. There is no historical legitimacy for a claim of a paganizing of the faith during this period. Honoring Mary, including asking her intercessions, was perfectly at home within the mind of the primitive Church.

But what heart first uttered this cry to the compassion of the Theotokos? How did the Church learn of such a thing? That compassion is well described, for it was prophesied in Scripture.

At the time of Christ’s presentation in the Temple (at 40 days of age), Mary is warned about his coming role in Israel, and told that “a sword will pierce your own soul also” (Lk 2:34-35). This is more than maternal grief. Her union with Christ, expressed in the words of her innocent humility, rendered her uniquely vulnerable at the Cross. Christ is wounded for our transgressions, but she is wounded as well. The Church’s instinct and experience says that she is vulnerable to the sufferings of all. 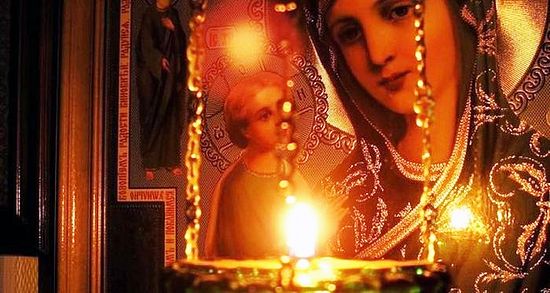 The word translated “compassion” (εὐσπλαγχνία) is itself worth noting. It seems to be a Greek effort to translate a Hebrew word (רַחֲמִים rachamim) and indicates a deep pain identified with the womb. It is the very deep heart of maternal suffering.

The fear of this experience and knowledge, I suspect, is driven by the centuries-old accusation of “Mary-worship,” as well as an idea that anything or anyone given honor other than God represents competition for God, and denigrates His glory. People might argue with the form that honor has taken over the centuries (icons, candles, hymns, prayers, etc.), but at no time has there ever been any intention of offering worship. Indeed, that would be condemned as the worst of heresies.

But we have forgotten the ancient Christian ethos of honor and veneration. The Scriptures nowhere describe God as “alone.” Instead, He is consistently depicted as the Lord of “Hosts” (a vast crowd). The God made known in Christ is a relational God who is Himself described as “love.” The honor and veneration given to the saints within the Church is simply the liturgical expression of love. It is not worship. Generations of Christians, however, have become estranged from the court of Christ, and fancied the Kingdom either as a democracy, or the King without His entourage. They have forgotten the place of the King’s mother and the honor due His friends. In short, we have become rude in our spiritual bearing and made ourselves strangers to heaven.

God is a generous God, quick to forgive. He has not allowed us to destroy the ethos or the witness of the Apostles’ successors. The reality of His heaven abides. We can regain was has been lost, beginning, perhaps, with careful consideration of the doctrine and practice involved (free of passions and mischaracterizations). But only time and usage heal what is essentially a relational matter.

Perhaps reciting the words of that ancient hymn that has found its place on the lips of saints through the ages would be a good place to begin.

We need all the friends we can find!

Glory to God for All Things 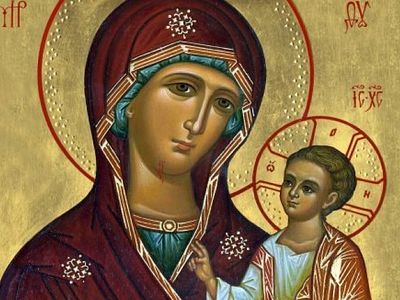 The All-Pure One
Abbot Tryphon 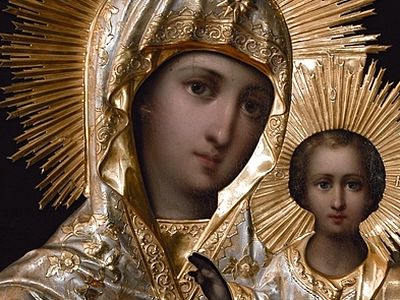 Icons, Images of the Saints and Reverence for the Virgin Mary
Ryan Hunter

Icons, Images of the Saints and Reverence for the Virgin Mary
Why Orthodoxy? Part 3
Ryan Hunter
"Many Protestants and Roman Catholics are unfamiliar with the use of icons in Church services or private devotions. In Orthodoxy they play a major role in both, but this role has often been grossly misunderstood." 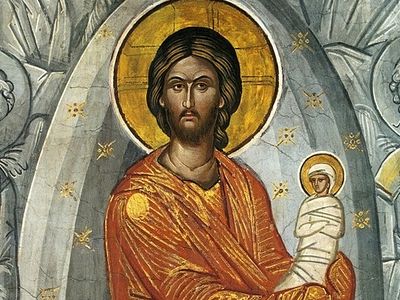 From: The Orthodox Veneration of Mary the Birthgiver of God
St. John of Shanghai

From: The Orthodox Veneration of Mary the Birthgiver of God
St. John of Shanghai
The Apostles gave Her most pure body over to burial with sacred hymns, and on the third day they opened the tomb so as once more to venerate the remains of the Mother of God together with the Apostle Thomas, who had arrived then in Jerusalem. But they did not find the body in the tomb and in perplexity they returned to their own place; and then, during their meal, the Mother of God Herself appeared to them in the air, shining with heavenly light, and informed them that Her Son had glorified Her body also, and She, resurrected, stood before His Throne. At the same time She promised to be with them always.
Комментарии