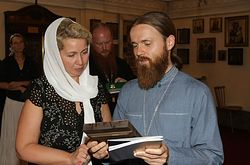 On August 26, 2010, the First Lady of the Russian Federation, Svetlana Medvedeva, while in Cannes, France, to attend a Russian art festival, visited Archangel Michael Church.

One of the oldest Russian Orthodox churches in France, it was built in 1894 on donations collected from the local Russian community. Among the first parishioners was the granddaughter of Alexander Pushkin, Sophia Merenberg, Countess of Tornby.

Mrs Medvedeva descended to the crypt containing the remains of the Commander-in-Chief of the Russian Army during World War I, Grand Duke Nikolai Nikolaevich, the eldest of the Romanovs living abroad at the time.

After October 1917, the church in Cannes provided shelter for Russian emigres. The crypt also contains the remains of one of these emigres, a member of the Resistance, Elena Valliano, who was executed by the Nazis a few days before the city was emancipated in August 1944.

As the church Rector, Priest Maksim Massalitine, said, the church belongs to the Russian Orthodox Church Outside of Russia. Many of the icons were painted by Russian emigres. Among the most venerated are icons donated by Muscovites in the 21st century.

Mrs Medvedeva showed interest in the history of the parish, the life of its parishioners and the possibility of organizing Russian language courses. The rector said that it is hoped that a parish school will be established. 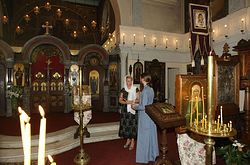 "Today’s meeting bolsters us, it bears witness to the fact that Russia is being reborn and did not forget the hearths of Orthodox culture and spirituality abroad,” said Fr Maksim.

The Church of the Gauls. Part 1 Monk Nicodemus

The Church of the Gauls. Part 1 Monk Nicodemus The Gallic Church had its beginnings in the first century. Western tradition holds that Gaul (France) was initially evangelized and baptized by St. Mary Magdalene, St. Lazarus the Four-DaysDead, and his sisters Sts.Mary andMartha. On the basis of St. Paul’s second Epistle to Timothy, several historians have thought that the Apostle Crescens, an envoy of St. Paul, labored in Gaul. Some also think that St. Paul stopped in Gaul on his way to Spain. In any event, Christianity penetrated into southern Gaul at an early date, specifically into Provence and the Rhone Valley — areas that had a strong presence of Greek minorities hailing from Asia Minor, Phrygia and Syria.

An Ineffable Fragrance Metropolitan Nikolaos of Mesogaia and Lavreotiki

An Ineffable Fragrance Metropolitan Nikolaos of Mesogaia and Lavreotiki It is impossible to describe how exquisite and noble are the podvizhniki![1] These people—although they bear the traces of harsh struggles, although their bodies are so withered and emaciated—have a fragrance and grace imprinted on their wondrous souls. 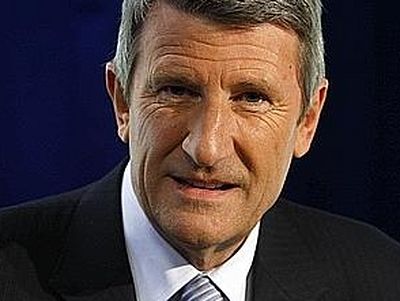 Europe to the Urals