In an historic vote at its regular fall session here September 20-23, 2010, the Metropolitan Council of the Orthodox Church in America voted unanimously to return title to the ownership of Orthodox Christians in Alaska all real estate the national Church has held in trust since 1867. The decision was immediately blessed by the Lesser Synod of Bishops.

According to the Treaty of Cession, which placed Alaska under American rule, ownership of the land and buildings was to be retained by the Orthodox Christians who worshiped therein. Legal title, however, was deeded to the resident Orthodox Bishop, to be held in trust for them. In 1870, when the Church's headquarters were moved to San Francisco, the deeds went south as well. In 1904, the Archbishop's see once again was moved to New York City, where the title has remained -- until today.

In a 1923 letter written in response to an appeal by Father Andrew P. Kashevarov, the founder of the Alaska Territorial (now State) Historical Library and Museum, Judge James Wickersham of Juneau suggested that it would be prudent for the local bishop to hold the titles, rather than the head of the Church in New York.

At the Metropolitan Council's spring 2010 session, Archpriest Michael Oleksa, a member of the Metropolitan Council from the Diocese of Alaska, brought forth Wickersham's suggestion and proposed that title to all Alaska Church lands be returned. Citing that it was the legal and fiduciary responsibility of the Council to know exactly what lands and funds were involved in such a move, Judge Ray Lanier, a Council member from the Diocese of the South, insisted that a complete listing of the holdings and their potential value be presented before any final decision be made, thereby tabling Father Michaels motion.

Professor Lanier then spent an exhausting week in Anchorage, studying the records compiled by Ms. Grayce Oakley, the Diocese of Alaska's lands secretary, who had spent over four years compiling, cataloging and becoming thoroughly familiar with all the deeds and their histories. Ms. Oakley's work enabled the Church to act with proper diligence and care.

Today -- 87 years later -- the Orthodox Church in America heeded Judge Wickersham's wise counsel. In its decision, the Metropolitan Council specifically thanked Ms. Oakley, a Presbyterian, for her dedication and commitment in helping to preserve this heritage for Orthodox Alaska and future generations.

Official site of the Orthodox Church in America 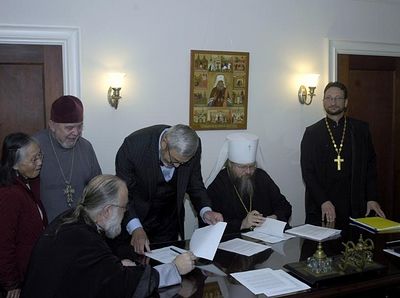 Alaska Church lands officially returned to Diocese On Wednesday, September 28, 2011, the long standing issue of Alaskan Church land ownership was settled as His Beatitude, Metropolitan Jonah and His Grace, Bishop Benjamin of San Francisco and the West, Locum Tenens of the Orthodox Church in America’s Diocese of Alaska, signed 18 quitclaim deeds, thereby officially turning over the land to the Diocese of Alaska. 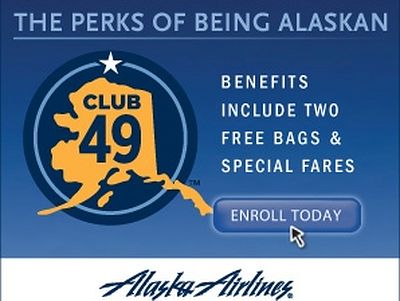 History Notes concerning Orthodox Christianity and the Alaska Church Fr. Michael Oleska Today, with Cathedrals at Sitka, Anchorage, Unalaska and Kodiak, and nearly 100 churches and chapels across the southern half of the state, with a seminary at Kodiak as well, the Orthodox Diocese of Alaska is the “mother church” for the millions of Orthodox Christians in Canada, Mexico and the United States.
Комментарии
Войдите через FaceBook ВКонтакте Яндекс Mail.Ru Google или введите свои данные: