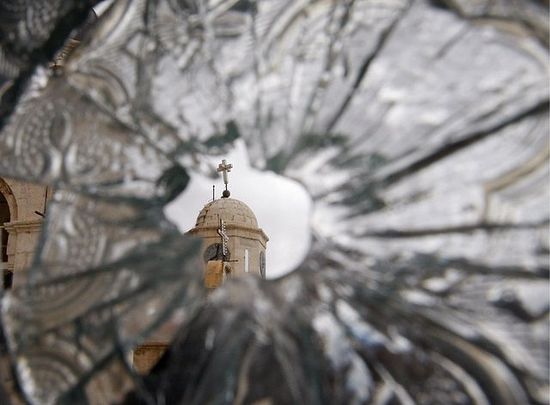 Citizens of Moscow, private businessmen and business representatives have collected 35 tons of humanitarian aid for Syrian refugees in reception centers in Moscow, reports Sedmitza.ru. The charity drive was coordinated by the Imperial Orthodox Palestine Society.

According to a statement received by Interfax last Friday from the information service of the Russian Ministry for Emergencies, "About 35 tons of humanitarian aid have been collected in all. This includes food, primary necessities, toys and stationery. But most of it is medicine, mainly donated by pharmaceutical companies".

Collections were made in four reception centers in the center of Moscow, including the Convent of Sts. Martha and Mary and the Novospassky Monastery. The collection was organized by the Russian Union of Rescuers and the Public Youth Council under the Prefect of the Central Administrative District of Moscow.

Shipments should arrive within the next few days.

In the near future, Russia plans to continue sending humanitarian aid both for Syrians in Syria as well as in neighboring countries.

According to an earlier statement on the website of the Russian Foreign Ministry, "The delivery of Russian humanitarian aid for refugees from Syria who are currently in other countries, and also for the population and the displaced inside Syria will continue in the very near future".