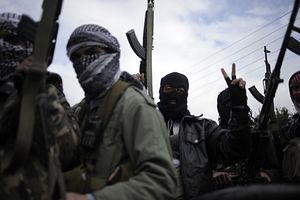 About 500 residents of Turkey have crossed the border with Syria since 2011 in order to join militants who have been fighting there, said in a report of the Turkish Ministry for Internal Affairs, published on Wednesday.

According to the document, the Turkish citizens have been fighting on the side of al-Nusra Front and The Islamic State of Iraq and the Levant group, connected with al-Qaeda.

Authors of the report, based on the information of the Turkish Intelligence service and police, point out the fact that 13 citizens of Turkey from al-Nusra Front were killed in Syria. Besides, since the beginning of the Syrian conflict in March 2011, 75 more people who came from Turkey have been killed there.