SOURCE: Russia Beyond The Headlines 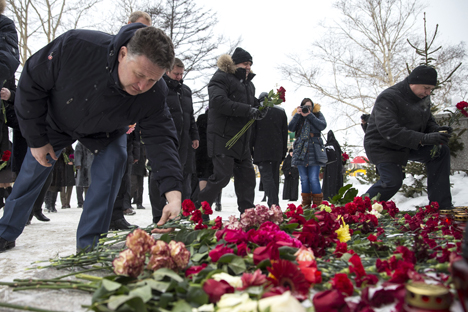 Yuzhno-Sakhalinsk, the administrative centre of Russia’s Sakhalin region, made world news for the wrong reasons on Sunday. Stepan Komarov, a 24-year old security guard working for a bank, entered the main Orthodox Cathedral with a gun and opened fire, killing 2 and injuring 6, an incident that has left the city of 200,000 inhabitants in a state of shock.

It’s widely believed that the man is mentally ill but the target may not have been randomly chosen. The motive of the gunman, according to a report on a Sakhalin portal, which cited a local priest, was hatred for Christians. Komarov, who the site termed a “neo-pagan,” allegedly walked into the church and forced those inside to kneel before shooting at them. His victims include a nun and a 35-year old man, who was a parishioner. An Orthodox priest from Sakhalin also claimed that Komarov issued threats to the church via social media. By the time the gunman reached the church, most of the parishioners had already left. If he arrived even half an hour earlier, more lives would have been at risk. The church is also just a few hundred metres away from Gagarin Park, the city’s central park that is a popular destination for families on weekends.

‘Yuzhno’ is a home away from home for me and my links to the city go back to the time I first moved there in 2003. Over the years, I have seen how it has been transformed from a quiet place that was hardly different from many decaying towns in the Russian Far East to an affluent city, attracting migrants from across the region. I don’t have figures to back this up, but Yuzhno has more 4WD jeeps per capita than any other city in Russia. I don’t know of a family that doesn’t own two cars and traffic jams, something that was unheard of ten years ago, are common place in the city.

Unemployment in Sakhalin has been low right since the middle of the last decade, but like all economic boom stories, some people have been left out. Those who haven’t been able to reap the rewards of the oil and gas boom have always looked for scapegoats. Many of the security guards on the island, like Stepan Komarov, carry the scars of hazing, something that is commonplace in an army of conscripts. Given the taboos in the country when it comes to seeking professional help for psychological problems, this may just have been an incident waiting to happen.

I had a ‘run-in’ with one frustrated security guard eleven years ago in Yuzhno. I was with a few friends in a corner shop, buying some food and wine, when a drunken man walked in and yelled out an anti-American profanity in English. This was at a time when the figure-skating controversy at the 2002 Salt Lake City Winter Olympics was still fresh in the minds of people. The assumption was that a foreigner speaking English must be an American. When a friend tried to pacify the man in a security guard’s uniform and tell him that I was an Indian and had the greatest respect for Russia and its culture, the man then modified the profanity directing it towards Indians. A girl who was with us abused the man in the worst way someone can insult someone in Russian (and believe me, there are several degrees of abuse in the rich language).

As soon as we left the shop, the man came outside and slapped the girl and said if this was Chechnya he would have killed her. He had back-up and the only way we could get out of that situation unhurt was to talk things through. The security guard then let out his frustrations about serving in the distant internal Russian republic and how he got no respect for his sacrifices for the nation. Although he didn’t say sorry to the girl, his tone and words indicated that he was being apologetic for starting the scuffle in the first place.

Reports indicate that Komarov was drunk at the time of yesterday’s incident. It is unclear whether the young man had a criminal record or whether a proper background check was done before he was hired. The private security industry in Russia is fully licensed and heavily regulated. A security-guard license can only be obtained after completing a government-run training program that lasts four weeks. This is in addition to classroom and practical training as well as medical and more importantly, psychological tests.

Getting a gun license is very difficult in Russia and although this shooting and the one last week in Moscow has drawn a lot of attention, one can only hope that these are isolated incidents in a vast and enormous country. Nevertheless it will take some time before the shock of this incident wears off in Yuzhno-Sakhalinsk, a relatively peaceful and prosperous city, where this kind of incident would have been unimaginable until Sunday. 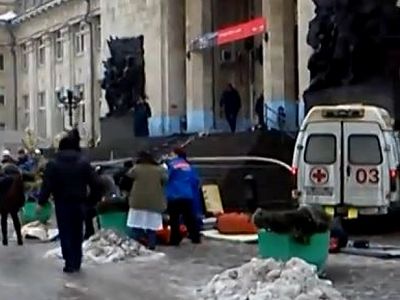 Terrorist bombing in Volgograd: mother shields her child with her body and is blown apart by explosion At approximately 12.45 on Sunday 29 December 17 people were killed by a suicide bombing at the central railway station in Volgograd. At that time the railway station was particularly crowded. After three trains had been cancelled many passengers were crowded in the waiting room. 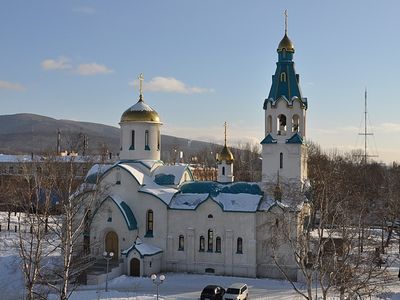