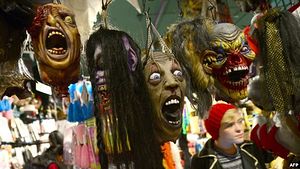 Halloween masks hang in a shop window in New York City
Alittle over a year after authorities in the Siberian city of Omsk banned a zombie flash-mob, they are again setting their sights on the world of the undead.

"Celebrating mystical elements and content, which are defined by the promotion of a cult of death and its personification, can have devastating consequences for the psychological and moral well-being of students," says a statement posted on the Omsk Department of Education website. Local schools have been warned to prevent observance of Halloween or other festivals that promote "extremist attitudes."

Omsk's effort to rid the city of Halloween -- a Western holiday that has become increasingly popular in Russia -- follows a series of statements from high-ranking Russian Orthodox Church officials warning of the ghoulish effects of its observance.

"At first, people play with the evil spirit as a joke, but then they begin to play seriously with these things," Vsevolod Chaplin, a leading Orthodox Church official, told LifeNews, a website believed to have ties to the country's security services. "Then the serious problems start: sickness, despondency, and despair."

Chaplin added that adolescents celebrated the holiday out of a lack of spiritual alternatives.

The holiday was incorporated into the Christian tradition by the Roman Catholic Pope Gregory IV in the ninth century as the eve of the Feast of All Saints, which, since 835, has been celebrated on November 1. The name "Halloween" comes from a Scottish term "All Hallows Eve."

It eventually evolved into a secular holiday that involves people wearing costumes.

There have been moves to ban Halloween in several Russian cities in recent years and the Orthodox Church has taken an increasingly vocal role in supporting efforts it sees as protecting cultural norms. The church is a proponent of a controversial law passed in June that bans the "propaganda of nontraditional sexual relations" and supported the imprisonment of Pussy Riot members after that performance-art group's protest in a Moscow cathedral.

But in Omsk, authorities appear to have taken a particularly hard line against celebrations involving facepaint and costumes.

In August 2012, 300 people gathered for a planned "Zombie Walk" flash-mob before a permit for the event was abruptly withdrawn.

Konstantin Sayenko, an administrator in the city of some 1.1 million people, explained at the time that the march would infringe on the rights of nonparticipants.

"The diocese thought that scenes with bloody clothes could harm the mental health of nervous citizens and children," he said. 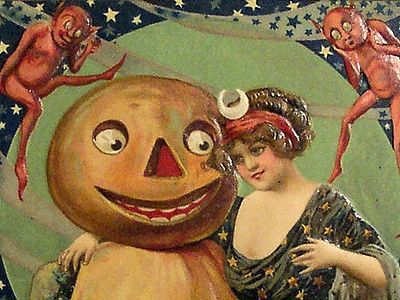 The Joyous Feast of the Pumpkin (Halloween) Bishop Alexander (Mileant)

The Joyous Feast of the Pumpkin (Halloween) Bishop Alexander (Mileant) Halloween undermines the very basis of the Church, which was founded on the blood of martyrs who had refused, by giving up their lives, to partake in any form of idolatry. The holy Church must take a firm stand in counteracting any such (pagan) events. Christ taught us that God is the judge in all our actions and beliefs and that we are either FOR GOD or AGAINST GOD. There is no neutral or middle of the road approach. 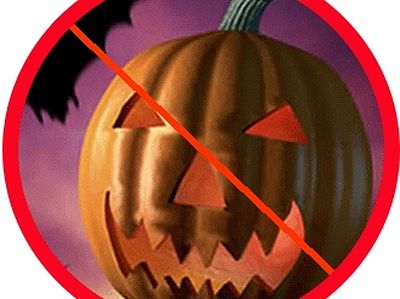 Halloween. Orthodoxy and Secular Culture Fr. John Moses In some ways, talking to an Orthodox group about Halloween is like what we used to call "preaching to the choir." In other words, non-participation in Halloween should be a "no-brainer." Yet, I believe that the issue of Halloween is an example of a more fundamental struggle between Orthodoxy and the secular spirit of our age. 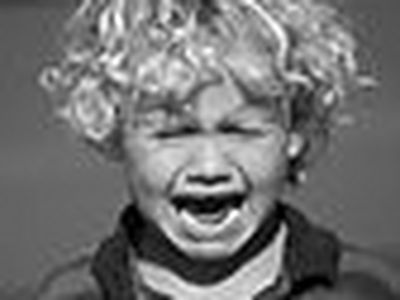 The Archbishop of Zaporozhe asks the authorities to stop Halloween “celebrations”