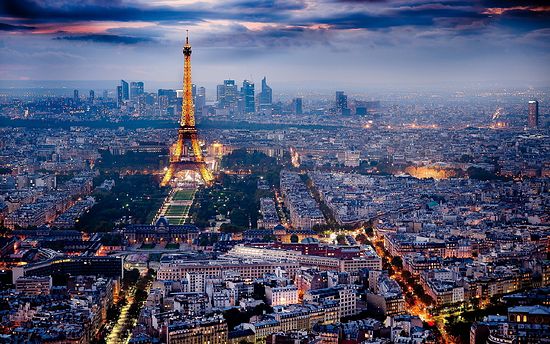 "The civil war in France. The republic against Christianity," is is the title of the interview, given by the philosopher to the Italian weekly, Il Foglio.

"What we call secularism is legal wording, which indicates a victory of one side and a defeat of another side".

"The French ‘Enlightenment’ hated God, while the founding fathers of America separated the church from the state in order to protect the previous from the latter. In France it goes the other way round," believes the philosopher.

Secular banners on fronts of all schools, compulsory sexual education courses for 6-year-old children, the planned reform of the calendar for the purpose of introducing of secular days instead of Catholic feasts, arrests of opponents of same-sex "marriages" for silent protest actions--France is trembling before secularism, believes Manent.

"The socialist government has created a new progressive ideology, where democracy is completely freed from all meaning and boils down to no more than the acceptance of individual rights. We have lost the idea of reality. This is an aggressive conception of equality and freedom, an idea of life with no connection to the public good. There are only individual rights, desires," explains the philosopher.

" French secularism has driven the Church away from the public space. This project, which was successful, was initiated by the citizens with the new moral code. And the Church is considered the enemy of the republic in this project," concludes Manent. 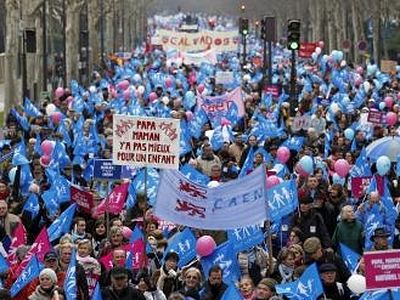 Statement by Communication Service of Moscow Patriarchate Department for External Church Relations on recent changes in family laws in France and Great Britain The legalization of same-sex unions is another step towards an attempt to give an absolutely new meaning to marriage and the family directly opposite to the Christian one. Basically, this process involves connivance at individualism and hedonism on the scale of society and state and ultimately on the scale of the whole humanity. 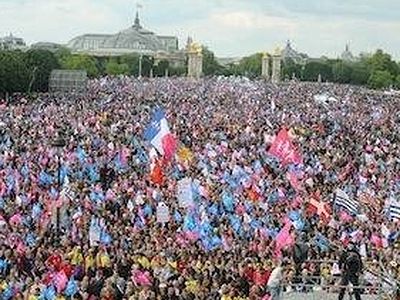 Pro-marriage revolution building in France: up to 1 million march On Sunday, organizers estimated that up to a million people marched from three different points in Paris towards the Invalides, including large numbers of young people and families with children and babies in push-cars. 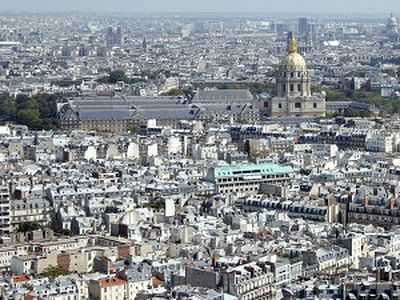 Statistics of crimes against Christians in France published

Statistics of crimes against Christians in France published In Paris, at the meeting of the fellowship of the General Alliance Against Racism and for the Respect of French and Christian Identity, information on the number of hostile actions against Christians during the period of January 1 to September 30 was announced.