Longtime Orthodox leader to be buried at camp 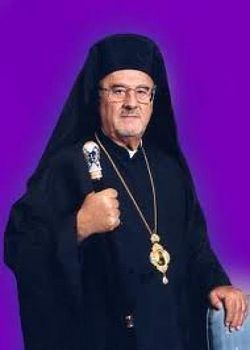 The Antiochian Village Camp and Conference Center in Fairfield Township began as the vision of the Most Rev. Metropolitan Philip Saliba, leader of the Antiochian Orthodox Christian Archdiocese.

On Monday, the site considered the archdiocese's jewel will serve as the location of Saliba's noon funeral service and burial.

Saliba, 83, died March 19. He had served as head of the Antiochian Orthodox Christian Archdiocese in North America since 1966, and was the longest serving bishop in any branch of the Orthodoxy in the United States.

The Very Rev. Anthony Yazge, camp director at the Antiochian Village, recalled Saliba as a regular visitor who took great joy in seeing children learn about and grow in their religious heritage.

“It was always a strong vision, since he became archbishop in 1966, to try to bolster the youth in their faith,” Yazge said Sunday.

During his summer visits, the students would perform skits and sing hymns for Saliba and other visitors.

“He would smile from ear to ear, watching his vision in reality,” Yazge said.

The 1979 dedication of a former Presbyterian church camp was followed in 1985 by the opening of the conference and retreat center.

The camp serves more than 900 children each summer in a traditional Orthodox setting, while more than 10,000 guests visit the conference center each year.

Yazge was a teenager and president of the Society of Orthodox Youth Organization when he met Saliba.

“He was like another father to me,” he said.

Yazge served as a parish priest in Indiana for 18 years before Saliba brought him to the camp in 2006 to serve as its director.

“His grave will be on camp property, next to St. Raphael (of Brooklyn), our first bishop in the U.S. for the Archdiocese, who was canonized as a saint in 2000,” Yazge said.

“Metropolitan Saliba's desire was to be buried here because this place and the youth were so special to him. He wanted to have eternal rest here,” Yazge said.

Next, the process to elect the first new Metropolitan Archbishop in more than 40 years will begin.

Yazge said that effort begins with the review of possible successors and a likely decision within 90 days by the Holy Synod.

Kweilin Nassar of Pittsburgh is a church member and works in public relations for the archdiocese.

“Whether through his sermons, with the media or in public exchange, he was an eloquent speaker who could captivate you,” Nassar said.

In 1975, Saliba united two branches of the Antiochian Orthodoxy.

In the 1980s, he worked to bring into the Orthodox Church many established evangelical Christians.

“Others turned them away because they didn't know what to do with them,” said the Rev. Thomas Zain, vicar general for the archdiocese. “He took the bold step to say, ‘Come home.' ”

Born in Lebanon, Saliba was ordained a deacon in 1949. He arrived in the U.S. in 1956 and became an ordained priest in 1959. He was chosen in 1966 to succeed the late Metropolitan Antony Bashir.

Recognized as an expert in Middle Eastern affairs, he met with numerous presidents as well as with Pope Paul VI and Pope John Paul II to work toward peace in the region.

The Antiochian Orthodox Christian Archdiocese in North America is headquartered in Englewood, N.J., and has more than 150,000 members. 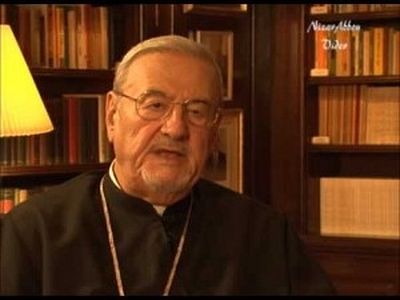 Metropolitan Philip Urges Faithful to Contact Congress on Syria Vote : Department for External Church Relations of the Russian Orthodox Church Metropolitan Philip expresses his concern that if the United States initiate a bomb attack on Syria, it can lead to total extermination of the Christian presence in the Middle East. 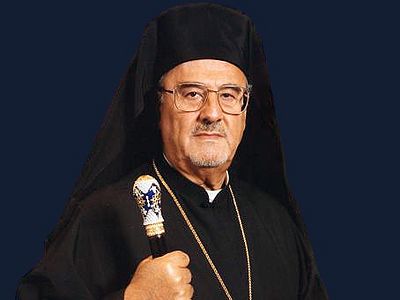 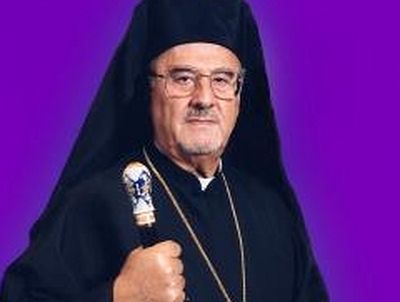 Metropolitan Philip Saliba; 1931-2014: Antiochian Orthodox leader recalled as man with vision Metropolitan Philip Saliba, who in nearly 50 years as leader of the Antiochian Orthodox Christian Church in North America fostered a growth in membership and parishes while encouraging unity among Orthodox churches, died in Fort Lauderdale, Fla., of heart failure. He was 82.
Комментарии