The Joy of Orthodox Pascha

One spring, a few years before I converted to Eastern Orthodoxy, my wife and I vacationed in Greece. On the plane we became friendly with a happy elderly Greek-American gentleman who told us excitedly that he was on a pilgrimage to the Holy Mountain (the monastic polity of Mount Athos) for Pascha. 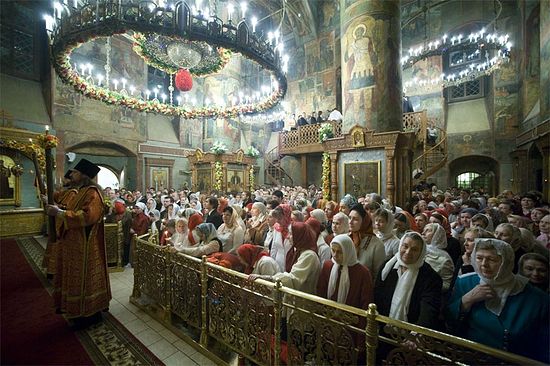 The man chuckled and said, “You know it as Easter.” He then spent ten minutes explaining why “Pascha”—the “new Passover” by which the entire human race passes from slavery to freedom under Christ—should replace “Easter” as the favored term for the celebration of Christ’s Resurrection.

I am not terribly concerned by what it is called, but now that I am Orthodox, I understand why our airplane companion was filled with such eager anticipation. The Paschal Feast is the Orthodox Church’s most energetic and joyful religious service.

I remember my first clearly: The experience was stunning. I had never participated in such an exuberant and joyful church liturgy. Part of the punch comes from the length and rigor of preparation we undergo prior to the celebration. By the time the great day arrives, Orthodox Christians have engaged in a near-vegan fast for the forty-nine combined days of Lent, Palm Sunday weekend, and Holy Week. Many of us have also attended many mournful Lenten and lengthy Holy Week services, setting the table nicely for a dramatic switch in tone as we finally reach the “Feast of all Feasts.”

We begin the Pascha celebration a little before midnight, as most parishes do, with the chanting of the Midnight Office. Early on, the church is darkened—a single candle on the altar provides the only illumination—which the priest uses to light candles held by altar servers. They, in turn, enter the sanctuary lighting those held by parishioners. Soon, the church is filled with warm and glorious light. It is almost as if the modern world has faded away.

The Paschal Matins immediately follows. Practices vary, but the congregation, carrying candles, banners, or icons, leaves the sanctuary and processes around the church singing. In some parishes, the doors of the church will be closed upon the return, opened only after the priest reads the Gospel account of the empty tomb, and pounds on the door, exclaiming from Psalm 24, “Lift up your heads, O gates! And be exalted, you everlasting doors, that the king of glory may enter in!”

We pour back into the sanctuary, now dramatically transformed with lighted candles and decorated bounteously with flowers. The altar cloth and other coverings are celebratory Paschal white. Uplifted, the congregation sings:

Christ is risen from the dead,
Trampling down death by death,
And on those in the tombs bestowing life!

Much of the rest of the Matins service consists of a joyful declaration of the Resurrection, the priest again and again entering the sanctuary from the altar, declaring: “Christ is risen!” The parish responding loudly in unison, “Indeed He is risen!”

With each entry, the declaration and resounding response also are made in different languages. In Greek: Christos anesti! Alithós Anésti! Russian: Christos voskres! Voistinu voskres! Latin: Christus resurrexit! Resurrexit vere! Arabic: Al-Masih Qam! Haqqan Qam! And since we have a Japanese parishioner in my church: Harisutosu fukkatsu! Jitsu ni fukkatsu!

Toward the end of the Paschal Matin, the priest reads the traditional Paschal homily of St. John Chrysostom, written in the fourth century:

For the Master is generous and accepts the last even as the first. He gives rest to him who comes at the eleventh hour in the same was as him who has labored from the first. He accepts the deed, and commends the intention. Enter then, all of you, into the joy of our Lord . . .

At the conclusion of the Pascha service, we immediately enter the Divine Liturgy. The Gospel reading is of the first seventeen verses of the Gospel of John, again recited in several languages: “In the beginning was the Word, and the Word was with God, and the Word was God.” Then, Holy Communion.

At about 3:00 in the morning the service concludes. The children are tired—some have slept—and all are hungry: It is time to feast! The priest blesses baskets of meats, cheeses, and eggs dyed red (symbolizing the blood of Christ). Sumptuous dishes have been prepared with which to break the Great Fast. My favorite: Greek lemon chicken soup.

When all is finally prepared, the priest prays over the meal amidst the aromas of cooked meat, hearty stews, and thick soups. The time of joy has come. With great gusto, we sit down and eat.

Wesley J. Smith is a senior fellow at the Discovery Institute’s Center on Human Exceptionalism. He is a Sub-Deacon in the Orthodox Church in America. 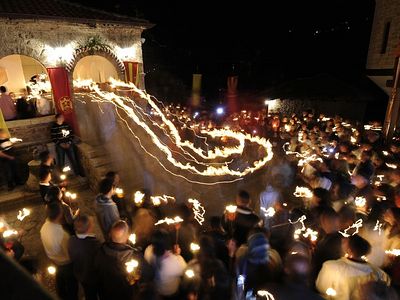 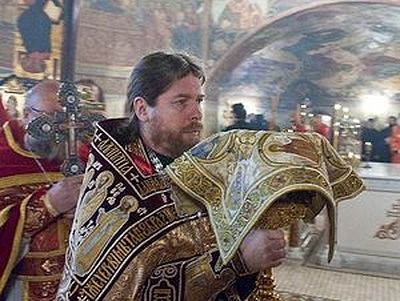 On Pascha We Receive an Invitation to Eternal Life
Archimandrite Tikhon (Shevkunov), Valery Konovalov
The living feeling of the pulse of eternity, which responds in every Christian, is especially felt on the feast of Pascha, the Resurrection. Little children are aware until they grow up that death is something completely foreign, incomprehensible, and unnatural to man. We adults remember well this perception of the realty of eternity in our childhood as one of the constants of existence of a person only recently come into the world. 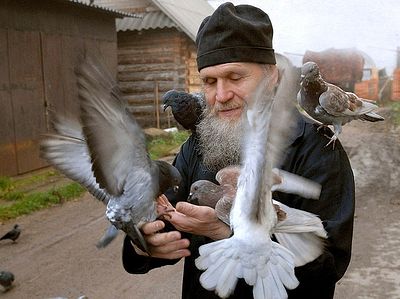 Hidden Joy
Igumen Nektary (Morozov)
So, on Saturday at the Vigil Service, during the Polyeleos I was looking at the icon of St. Gregory of Palamas and thought about his amazing life, about the light of Mt. Tabor, the nature of which he so wisely explained and in which he himself abided—being transformed, illumined, “reaching for the heights”. What grace he live in! But then it was as if a spear pierced my heart: How he also suffered!
Комментарии