His Holiness Patriarch Kirill: There can be no winner in civil war

His Holiness Patriarch Kirill of Moscow and All Russia addressed the whole Russian Orthodox Church, calling for cessation of the bloodshed in the Ukraine. This address was read in monasteries and parishes across Russia on the Sunday of All the Saints of Russia. 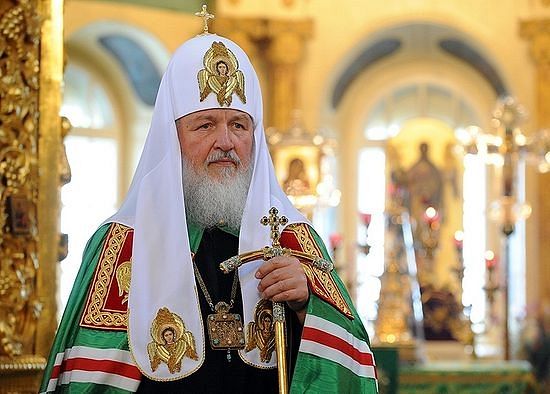 Dear Brothers and sisters, I am turning now to the whole of our Church, to all peoples of historical Russia.

There cannot be today anything more important than the continuing fratricide blazing on the territory of the Ukraine, carrying away more and more lives.

What is happening today, first of all in Donetsk and Lugansk regions, and how must the members of our Holy Church relate to it?

In the southern parts of historical Russia a civil war has now broken out.

The results of this bloody conflict are horrifying. Not just a hundred, as in Kiev last winter, but many hundreds of the dead, with thousands injured and left homeless. Only the devil could celebrate such a victory, when brothers attack each other, destroying each other, inflicting mutual injury, and weakening the life forces of a nation.

And of course, the Russian Orthodox Church, the Church of a spiritually undivided Rus’, cannot separate the one people of God according to political, national, social, or any other such principle. The Church is fulfilling the mission entrusted to it by the Lord Jesus Christ, and not the orders or commands of one or another political power. This is how it differs from certain other organizations that are religious in name, but worldly in essence.

Internecine wars have happened more than once in our history. They weakened Kieven Rus’ [in the 12th – early 13th centuries.—Trans.] led to the fall of warring princedoms under the advances of Batiya, [the Mongol-Tatar invasion and subsequent yoke that lasted 200 years.—Trans.]; it led to the terrible Time of Troubles in the Russian state in the 17th century, and to bloodshed on a monstrous scale and the establishment of a godless regime of many long years in the early 20th century [the Bolshevik Revolution.—Trans.].

Lessons of history also show that internecine war always engenders a threat of the Fatherland coming under subjection to external forces. In both ancient times and today, our people are faced in such situations with the danger of loosing their true sovereignty—the sovereignty that is expressed in the ability and possibility to order our life upon the foundation of those moral, spiritual, and cultural values that our ancestors accepted along with Divine grace in the Kievan font of the Baptism of Russia, and which we cultivated and assimilated throughout our many centuries of history.

To all those upon whom decisions depend: I am asking you to stop the bloodshed without delay, to begin real negotiations for the restoration of peace and justice. There can be no winner in civil war, and there is no political conquest more valuable than human life.

As for the Church, its weapon and shield is prayer and the Word of God, which is quick, and powerful, and sharper than any twoedged sword (Heb. 4:12).

I call upon all the sons and daughters of the Russian Orthodox Church to intensify their prayers, and to redouble their observation of the Apostles’ fast that has just begun. I especially call upon the monastic communities: pray now to the Lord, as our pious ancestors knew how to pray during terrible times of upheaval; as our fathers of Russian monasticism, Sts. Anthony and Theodosius of the Kiev-Caves, prayed to the Heavenly Father during times of internecine struggles, as St. Sergius of Radonezh, the peace-maker of the Russian lands, prayed for an end to the hateful discord of this world, and as St. Tikhon, Patriarch of Moscow and All Russia, and Holy Hieromartyr Vladimir, Metropolitan of Kiev prayed during the days of bloody chaos and civil war [the Bolshevik Revolution.—Trans.].

In all the temples of our Church, a special prayer is now ceaselessly being read for peace, and for the overcoming of internecine war, the text of which I have blessed today for use.

And the very God of peace sanctify you wholly; and I pray God your whole spirit and soul and body be preserved blameless unto the coming of our Lord Jesus Christ (1 Thess. 5:23).

O Lord Jesus Christ our God, with Thy merciful eye look down upon the sorrow and much-suffering cry of Thy children in the Ukrainian land.

Deliver Thy people from internecine war, assuage the bloodshed, and turn away the troubles that beset them. Lead those without shelter to homes, give drink to the thirsty and food to the hungry, console those who weep, and reunite those who are separated.

Do not leave Thy flock, in bitterness from their kinsmen, to diminish, but speedily grant peace in Thy abundance. Soften hardened hearts and direct them to the knowledge of Thee. Give peace to Thy Church and to Thy faithful children, that they may with one heart and one mouth glorify Thee, our Lord and Savior, unto the ages of ages. Amen. 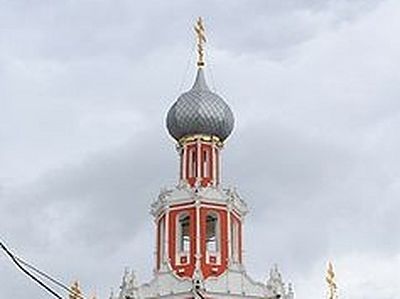 On National Unity Day, a pannikhida will be served for victims of revolution and civil war

On National Unity Day, a pannikhida will be served for victims of revolution and civil war In the Moscow Church of the "Sign" in the Sheremetev Court on November 4, National Unity Day in Russia, a pannikhida (requiem) will be served in memory of those who died during the 1917 revolution, the civil war, and other tragedies in Russia during the twentieth century, reports Interfax – Religion. 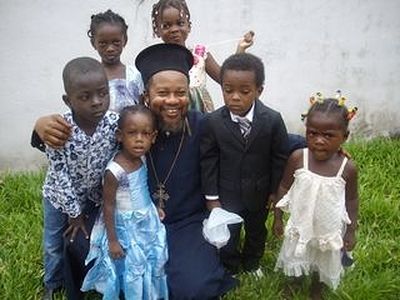 Orthodox priest in Ivory Coast tells of extreme danger to community during current civil war Priest Jeremiah Behanzin, rector of the Orthodox parish in the Ivory Coast capital of Abidjan, told of the catastrophic situation in his community in a country where order has completely deteriorated, reports the French Orthodox website, Orthodoxie. 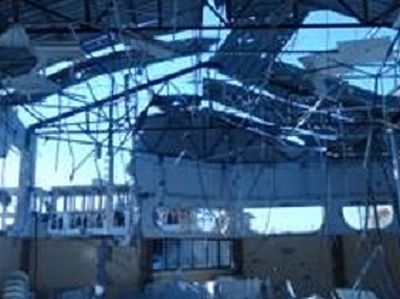 Christians Buried in Mass Graves, City Destroyed in 'Biggest Christian Massacre' in Syrian Civil War A total of 45 Christians were reported to have been killed in the small town halfway between Homs and Damascus, after Islamist militants apparently invaded on Oct. 21.
Комментарии