The martyrs for the faith in the 20th century included in the database of Saint Tikhon’s Orthodox University of Humanities (Moscow) number currently about 35,000 people, reported rector of the university Archpriest Vladimir Vorobiev on Tuesday to RIA-Novosti.

“Information not only on canonized New Martyrs is being gathered for the database, but also on all those who suffered for Christ and for the faith. There are around 35,000 such individuals at the moment. These are not just their names but also all information that could be found: biographical information, details from investigations, photographs, their works of authorship, letters,” said Fr. Vladimir.

According to him, this database is a part of a larger work that is being carried out at the university. “We have a department of contemporary history of the Russian Orthodox Church. The history of the 20th century is the principal area of work,” the archpriest added.

The first wave of repressions against clergy (1918-1920) alone swept away about 9,000 lives. Over 10,000 clergymen were found guilty during the confiscation of church treasures campaign, launched in 1921. 2,000 of them were executed by shooting. During industrialization the authorities led a campaign of recasting bells. From 1930 to 1934 the number of churches decreased by nearly one third. Naturally, the clergy could not be silent seeing this. In summer 1937, the order was issued to shoot within several months all confessors of faith, kept in communist camps and prisons. Throughout 1937 and 1938, 200,000 believers were repressed, half of them being executed. 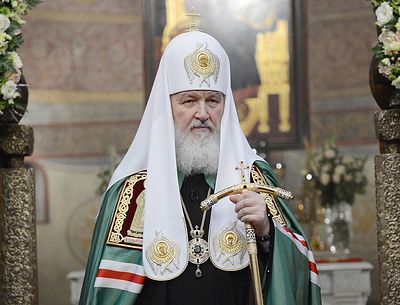 Living in the Spirit. Sermon on the feast of St. Hilarion in Sretensky Monastery. His Holiness Patriarch Kirill

Living in the Spirit. Sermon on the feast of St. Hilarion in Sretensky Monastery. His Holiness Patriarch Kirill What does it mean to live in the Spirit? In what Spirit? Of course, as he was addressing a Christian community he meant the spirit of Christ, the spirit of the Gospel. If you live according to this spirit, if you call yourself a Christian, then you should also walk in it, behave according to the spirit. Then the apostle talks about what it means to walk in the spirit, and recounts the virtues that are connected with a life corresponding to the Christian spirit. 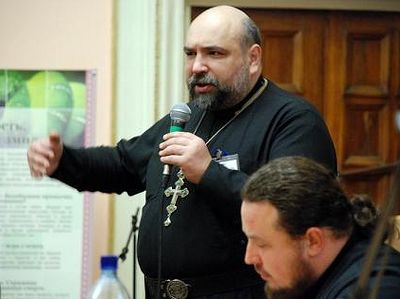 Sanctity in the Execution Ditches Lado Gegechkori, Igumen Valerian (Golovenko) In the winter of 1937, the sound of gunfire could be heard throughout the territory of the Soviet Union… The clergy, who accepted their priestly rank along with a crown of martyrdom, lay in the ditches of common graves, and died from sickness and hunger behind camp gates and in prison walls. What motivated them to take that step? 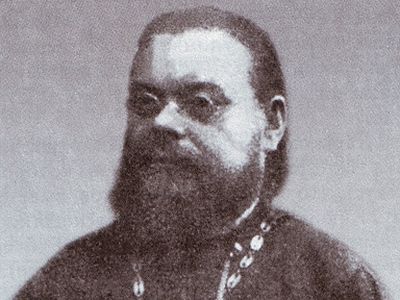 Archpriest Nicholai Stelletsky, New Martyr of Kharkov Stanislav Minakov Alas, Russian society did not heed the remarkable clairvoyance and warning of Fr. Nicholai (and not only of him), and therefore underwent the onerous punishments of the twentieth century.
Комментарии