Saint Eprem the Great of Atsquri — one of the most important figures in the Georgian Church of the 8th and 9th centuries — was a disciple and companion of St. Grigol of Khandzta.

On his way from Klarjeti in southern Georgia to Abkhazeti in the northwest, St. Grigol met the young Eprem and immediately perceived in him a like-minded companion and the future wonderworker and bishop of Atsquri. Grigol promised to take the young man as his disciple. On his way back to Klarjeti St. Grigol accompanied Eprem and another youth, Arsen, the future Catholicos of Georgia. He entrusted the upbringing of these two holy youths to his spiritual sons Kristepore and Tevdore.

The brothers of Khandzta Monastery objected to the arrival of the youths, since the monastery rules prohibited young visitors. But St. Grigol told them that God had revealed this as His will and that,

after being raised at the monastery, these young men would be like spiritual successors of St. Ephraim the Syrian and St. Arsenius the Great.

St. Eprem was later consecrated bishop of Atsquri and became a major figure in the Church of his time. He significantly contributed to the definitive strengthening of the autocephaly of the Georgian Church. As a result of his labors, the Georgian Church received a blessing from Antioch to prepare its own chrism in Mtskheta.

St. Eprem administered the diocese of Atsquri for forty years. God endowed him with the gifts of prophecy, wonder-working, and healing. He lived to an advanced age and reposed peacefully. Even today, those who approach his holy relics are healed of their infirmities.

(St. Eprem of Atsquri is also mentioned in the Life of St. Arsen the Great [commemorated September 25].)

O Holy Hierarch Eprem, hearer of the faithful and fulfiller of the requests of those who make their supplication unto thee, pray to God for us! 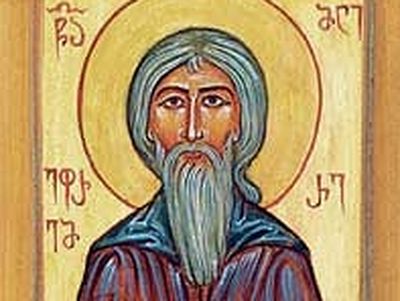 Venerable Eprem the Lesser, the Philosopher (†1101) Archpriest Zakaria Machitadze Тoday little is known about the life of venerable Eprem the Lesser, the great 11th-century writer, translator, philosopher, and defender of the Georgian Church. His work Reminiscences and other sources, however, provide us with the means to speculate about the major periods of his life and labors.

St. Parthenius of Lampsacus The saint was known throughout the region as a great healer of both physical and spiritual ailments, particularly for those possessed by demons. One of his early biographers says, "So great was his mercy, so great the people's love for him, that none in that region even knew what a physician was." 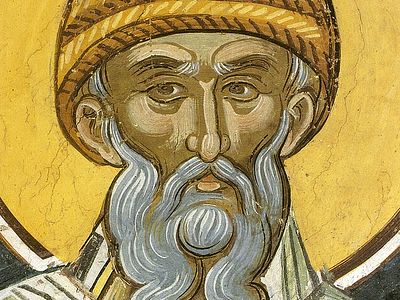 Holy Hierarch St. Spyridon of Tremithus Commemorated December 12/25 "When instead of logical proofs, from the lips of this Elder there came some special power, my proofs became powerless against it, for man cannot stand up against God. If any of you is able to think as I do, let him believe on Christ and together with me follow after this Elder, through whose lips God Himself spoke.”
Комментарии
Войдите через FaceBook ВКонтакте Яндекс Mail.Ru Google или введите свои данные: