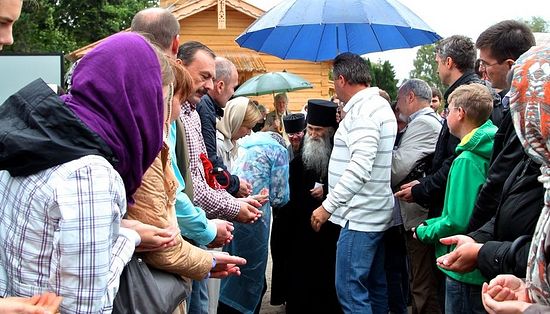 On August 30, 2014, the great consecration of the Church of the Holy Myrrh-Bearing Women took place at the Orthodox cemetery in Hamburg.

Archbishop Theophan of Berlin and Germany consecrated the church and the whole complex, comprising a park area, a large memorial cross, a carved gate and a log playground.

Schema-Archimandrite Iliy (Nozdrin), a prominent Orthodox elder and confessor of the Optina Monastery, took part in the consecration of the church.

Archbishop Theophan congratulated all those present on obtaining of the new, fine Church of the Holy Myrrh-Bearing Women. The archbishop noted that the Orthodox flock of Hamburg already possessed an amazing cathedral in the city centre, which was always filled with people and loved by them. And now, this small, cozy wooden church in the old Russian style has appeared.

The hierarch thanked Schema-Archimandrite Iliy and all concelebrating priests for participation in the joint prayer. Archbishop Theophan specially thanked all donors and workers who had taken part in construction of the church noting that building of a church is the best thing that can ever be done in one’s life. 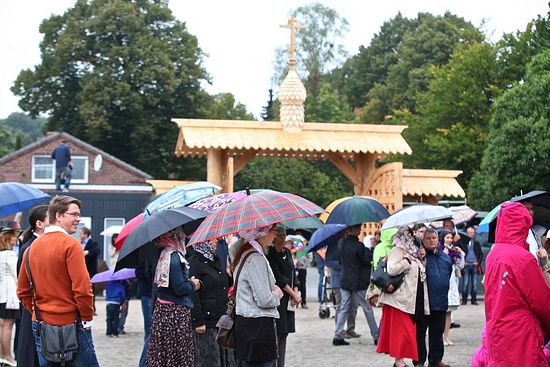 Regular services will be celebrated at the new church. At 9.00 every Saturday a Liturgy will be served as well as a prayer for repose in Church Slavonic. And every Sunday the German-speaking Orthodox community of Sts. Cyril and Methodius will gather in the morning at the new church, reports the Berlin and Germany Diocese’s press service. 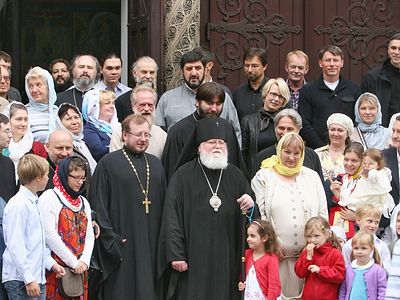 Priest for German Orthodox community ordained in Hamburg The celebration of the Smolensk "Hodegetria" Mother of God Icon took place on August 10th in the Church of Saint John of Kronstadt in Hamburg where His Eminence Bishop Theophan celebrated the Divine Liturgy. 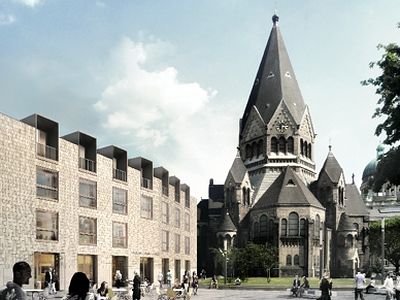 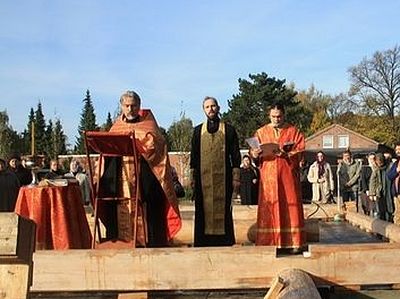 New Orthodox Church to appear in Hamburg before long

New Orthodox Church to appear in Hamburg before long Within a month and a half, at the efforts of the masters and volunteers of the community, the Church will be assembled.