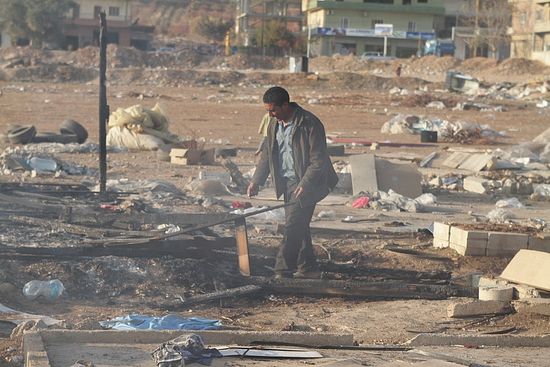 In Syria, members of the Christian community have been targets of jihadi groups fighting in the more than three-year-old conflict. Last week the Catholic Church announced that a Franciscan priest and more than a dozen Christians had been kidnapped by Jabhat al-Nusra, al-Qaida's Syrian affiliate.

This is not the first time priests have been kidnapped by Islamist militants. Father Francois Murad, a Catholic Syrian priest, was killed by jihadist militants in June 2013. Italian Jesuit Priest Father Paolo Dall’Oglio, who spent decades promoting religious dialogue in Syria, was kidnapped in July 2013 and is still missing.

In all, Christians made up about 10% of Syria's population before the conflict began in 2011. Since then hundreds of thousands of the country’s Christians have fled persecution and violence.

Wolfgang F. Danspeckgruber, founding director of the Liechtenstein Institute on Self-Determination at Princeton University, explained why Christians are being targeted in Syria and how the attacks impact the country as a whole.

Syria Deeply: What kind of targeting of priests and Christians have we seen in the course of Syria's war?

Danspeckgruber: For me, the kidnapping and targeting of Christians and priests became a real personal issue when Greek and Syriac Orthodox bishops of Aleppo, Boulos Yazigi and Yuhanna Ibrahim, WERE taken in April 2013.

When we had a private meeting in November 2013 about Christians in Iraq and Syria, there was a feeling that the situation at that time in Iraq was much worse than in Syria. Since the advance of ISIS this summer, the situation in Iraq for Christians has totally degraded, with between 70,000-100,000 Christians having to flee with only the clothes on their backs, thrown out of villages where Christian communities have been living for over 2,000 years.

The situation for Christians in Syria was slightly better than in Iraq until the past two months, when ISIS made an advance in Northern Syrian areas that were originally controlled by Kurds and the Syrian Opposition.Now, Christians are in danger in any area outside territory controlled by the moderate Syrian opposition or the Assad regime. Some people say that Jabhat al-Nusra has been less violent against Christians than ISIS, but it is still really bad on both sides. I think the most recent kidnappings that we are reading about took place under the ISIS regime but for many reasons.

Syria Deeply: Is there any indication about who is behind the kidnappings? What's the strategic value of kidnapping these priests, in the eyes of the groups that have captured them?

Danspeckgruber:Christians have been kidnapped many times, much longer than before the abductions in 2013. They were targeted for financial reasons because they are perceived as belonging to wealthy communities, and were among the intellectual elite , also for ideologic reasons and simple criminality. Sources tell me they were kidnapped by many sides and by anyone who needed money, or because they are believed to be tied to the regime. There were also examples of high-level community leaders being targeted and then used as leverage for various reasons.

The last time I was with Archbishop Yuhanna Ibrahim, he was involved in negotiations trying to free other kidnapped priests. He was kidnapped himself 22 April 2013 just outside Aleppo when he was on the way with the Greek Archbishop Paul Yazigi to try to negotiate the freeing of Catholic and Orthodox priests.

From my experience, Caucasian or Central Asian groups, (Chechens, Dagestanis, etc.) who are also fighting against Moscow, knowing that it supports the Assad regime, are involved in the kidnappings as well. Obviously Christians and particularly Orthodox priests are clearly recognizable with their vestments and high social reputation, and hence can become an additional target/third party in this fight against Assad and by proxy Russia and President Putin; in addition to the monetary value, they then also become become symbolic targets for political reasons and their suspected support of the Assad regime.

What I heard, particularly from young Syrian Christians, is that they felt occasionally that Muslims were protecting them more in the beginning of the conflict than other parties. Furthermore, I was told, that the people who kidnapped Christians sometimes were neither Syrians, nor locals, and that the kidnappers of Christians didn’t even speak their language.

Syria Deeply: What has the international community tried to do? What can it do to improve the situation?

Danspeckgruber:There are all kinds of actors – some regional and some Gulf States, The Vatican, Western States, U.S., Russia – trying to help, but the problem is that a unified action supported by the will of all key powers to stop the fighting is missing. The international community has to speak and act in and with one voice. Syria has become somewhat of a free-for-all with active great power involvement on opposing sides and rivaling regional powers. Everyone in and around Syria seems to be acting in their own realm and for their own interest.

Against this backdrop, it has been very hard for the groups in between – Christians, Ismailis, Shia, and others. They got mobbed and caught in between, as Syria has become the backdrop for rivaling outside influence and interests - The Syrians are paying with their lives. I am very concerned by the long term ramifications for the young ones and the women.

Syria Deeply: What's the impact of the attacks on Syria's historic Christian communities?

Danspeckgruber: The impact is extremely traumatic and the extent of the long term damage to Syrian - and regional - society, cultural, and economic life is incalculable. A Saudi king once stated, "All minorities have to remain protected and in place throughout the Middle East," because he clearly recognized that a neutral element in this amalgam of many facets of Islam – Shia, Sunni, Sufi, Wahhabi – and many social dimensions is very important. If these communities interact without the Christians in-between, there will be an increased potential for tensions. Now with the unprecedented absence of Christians from certain areas in Syria and Iraq due to their expulsion and flight, this will contribute to instability and conflict.

In Iraq in 2003, sources tell me there was an estimated 1.5 million Christians, now there are less than 250,000. In Syria before 2011, there were around 1.7 million Christians, now there are probably less than 1 million. The Christians who left from Syria seem to have become a non-issue for the International community. They are living in true misery, and the majority of those who were forced to leave think they will never be able to return. Their plight will perpetuate tensions and suffering in Syria, Iraq, and the region. 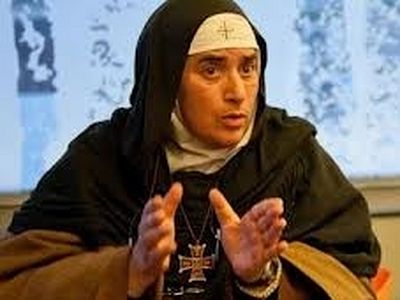 Syria Destruction Funded by Foreign Forces The wars inside Syria are portrayed as a conflict between the forces of the state and the opposition forces.This is not true.

Growing persecution of Christians by radical islamists in north Syria

5 assyrians, including two nuns, missing in Mosul Two Chaldean nuns from the Daughters of Mary Order, Sister Miskintah and Sister Utoor Joseph, as well as Hala Salim, Sarah Khoshaba and Aram Sabah have not been heard from for nearly two days.
Комментарии