Apostolic Vicar of Aleppo is optimistic about Fr Hanna, who continues his mission among Syrian Christians

Mgr Georges Abou Khazen is in contact with the Franciscan friar who was kidnapped and released in the north of the country. The latter is free to visit his community but "cannot leave Syria" before meeting with local Muslim leader. The reasons for his abduction and for the meeting remain a mystery. For moderate Muslims, Christians "are a source of dialogue and reconciliation in an absurd war." 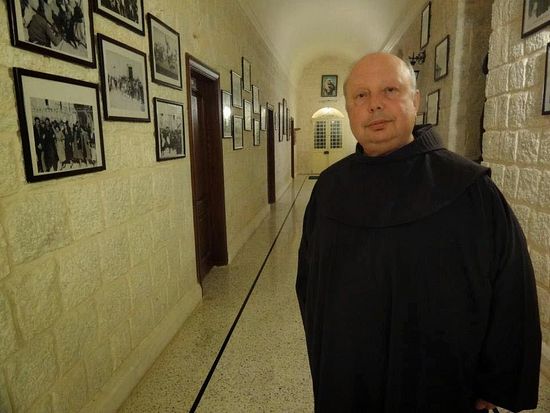 Fr Hanna Jallouf, the Franciscan friar kidnapped by al-Nusra militias during the night between 5 and 6 October in the village of Knayeh, in northern Syria, and released in the morning of 9 October "handled his abduction relatively well. He is currently doing well and "is optimistic," said Mgr Georges Abou Khazen, Apostolic Vicar of Aleppo of the Latins.

Speaking to AsiaNews, Mgr Khazen said that he recently spoke with the priest "who is waiting to meet the local emir".

"Fr Hanna is responsible for several parishes, which he can visit since he can travel freely and is not under house arrest," the prelate explained. However, he "cannot leave the country" until "he has met" the local Muslim leader.

Fr Jallouf was taken at his church along with 20 other people, who were released in the following days in good health.

The Apostolic Vicar of Aleppo is in contact with the Franciscan friar, who is "optimistic" even if "he does not know what the talk will about when he meets the emir."

The priest "handled the abduction relatively well," Mgr Abou Khazen said. During his captivity, "there was no interrogation. He spent his time in a room, separated from most of the group, praying."

The kidnappers "did not tell him anything," the prelate added. "They did not want to explain the reasons for the abduction". Now Fr Jallouf "is waiting to meet their leader because he wants to know the real reasons" behind the operation.

At the same time, the friar "wants to remain in his community," which he does not plan to leave "as long there is a Christian. I call on everyone to pray for him, so that we may find a solution."

In addition to them, there is Jesuit Father Paolo Dall'Oglio, an Italian-born priest kidnapped in Syria on 29 July 2013, and two other priests, along with several lay volunteers, including two Italian young women in their early twenties.

"There is no news. We know nothing" about their fate, Mgr Abou Khazen said. "What we can do is pray that God might enlighten the minds of their captors." Future developments about their fate are tied "to these groups' willingness to talk".

"It is impossible to have any contact with the Islamic state," he said, "because they have a fundamentalist vision. Not even moderate Muslims are able to find ways and channels to talk to them."

In the case of the abduction of the Franciscan priest, a positive outcome might depend on the fact that "Syrian groups are involved. They are not as fanatical and violent as foreigners."

What is happening in Syria "is absurd. It is an absurd war, there is no logic to it," said the Vicar of Aleppo.

Despite all the difficulties, "the Christian communities in Iraq and Syria remain a source of forgiveness and reconciliation," he noted, because they always try to "be a link between the various groups.

Even moderate Muslims here in Syria acknowledge the Christian efforts towards dialogue, reconciliation and pluralism "because an East without Christians would not exist".

They also slam Jihadist violence, "which has nothing to do with Islam but is the work of the devil."

For the prelate, these external agents are agents of a "Wahhabi ideology" that is inculcated in younger generations from elementary school to university, based on a plan that "starts in Saudi Arabia" and boasts "thousands" of followers "all around the world". (DS) 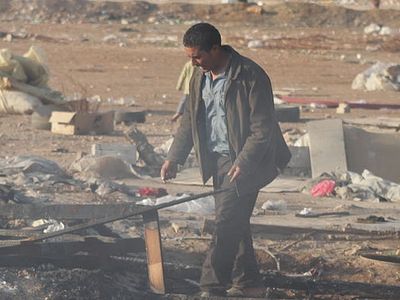 Kidnapped Christians, Local Priests Become Targets of Jihadi Groups Wolfgang F. Danspeckgruber on why Christians are being targeted in Syria and how the attacks impact the country as a whole.
Комментарии