With the blessing of Archbishop Tikhon of Yuzhno-Sakhalinsk and the Kurils, the preparation of events to mark the anniversary of the tragic incident has begun, reports the diocese’s information department. 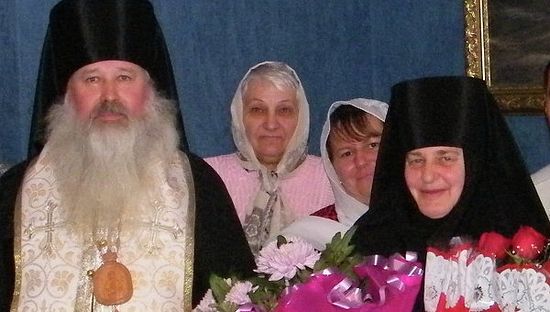 A year ago, on February 9, 2014, two people were killed in the Cathedral of the Resurrection: Nun Lyudmila (Pryashnikova) and Vladimir Zaporozhets.

The commemorative events will start the day before. In the evening of February 8 the cathedral clergy will perform a memorial service for repose of the victims.

On February 9 Archbishop Tikhon will head the Divine Liturgy after which the memorial plaque will be blessed. It will be installed at the scene of the shooting – on the right column of the cathedral. The next site of the mourning events will be the city cemetery.

Here a litiya will be served at the graves of Mother Lyudmila and Vladimir. On February 9 a memorial service will be performed again at the cathedral at 14.00 – the time when the tragedy happened a year ago. The commemorative evening on the same day will be held in the assembly hall of the spiritual and educational center. There the organizers are planning to show a film and open a photo exhibition.

It should be noted that in all parishes of the Diocese of Yuzhno-Sakhalinsk and the Kurils memorial services will be celebrated with pronouncing of the names of Nun Lyudmila (Pryashnikova) and Vladimir Zaporozhets. 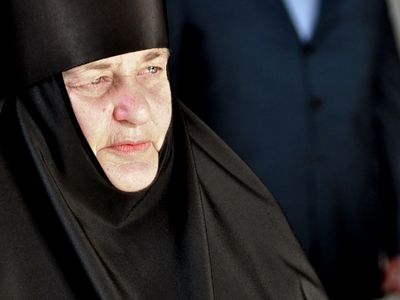 New Martyrs of Sakhalin Nun Cornelia (Rees) As Orthodox Christians not only in Russia but around the globe attended services and sang the praises of these righteous ones of the comparatively recent past, little did they suspect that two more Russians Orthodox Christians in the Russian far east would die that day, in a way that can only be called martyric. Who were these two martyrs, and what motivated the young man who everyone described as an ordinary Russian guy, indistinguishable from anyone else in the church until he opened fire on the worshippers assembled there? 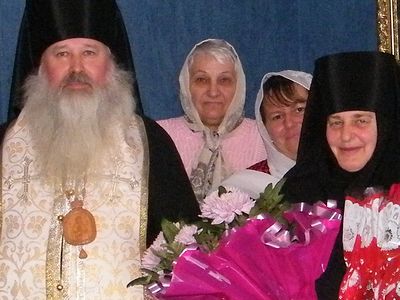 She strove for salvation, solitude, and a different life Archbishop Tikhon of South Sakhalin and the Kurils (Funtova)

She strove for salvation, solitude, and a different life Archbishop Tikhon of South Sakhalin and the Kurils, Nun Hilariona (Funtova) I saw in her, first and foremost, a person who strove for salvation, for solitude, for a monastic life, for a different life. And for this reason I suggested that she become a nun. Actually, according to the apt expression of one of the podvizhniki of our time, “monasticism is not a reward, but a way of repentance.”
Комментарии