The Dangerous Vision of Paradise 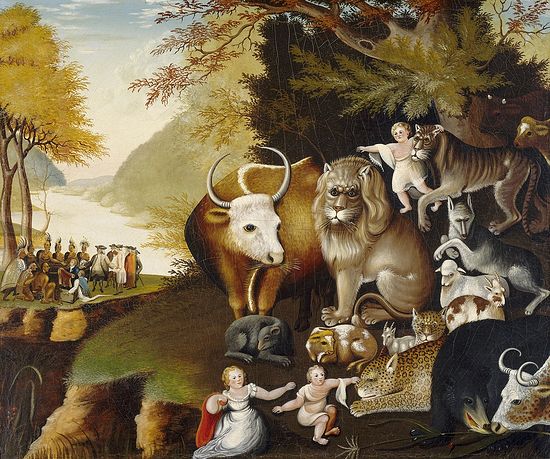 A utopian vision gave birth to America. The “pilgrims” who came to New England in the 17th century, imagined an ideal state, defined by their radical “purification” of society and the Christian Church. Their dreams of a new world were constantly thwarted in England by the reluctance of the greater body of Protestants to embrace their extreme vision. England’s Reformation fell far short of their imaginings. In 1640, the English cousins of the American pilgrims managed to take control of Parliament. In short order, they began a radical reform of England, including the execution of King Charles. They sought to do for England what the Puritans in the New World were doing for “New England.” The English land endured 10 years of Oliver Cromwell’s reign of purifying terror. It’s disfiguring marks have never been erased. Such extremism with its attending violence is not an isolated phenomenon. It has been a recurring hallmark of the modern period. Paradise haunts the modern world, both as promise and as threat. Modern people do not live – they dream. And their dreams sometimes become nightmares.

There is something inherently utopian within Christianity: we look for the coming of the Kingdom of God. Christ began His ministry, preaching the coming of the Kingdom. And He acknowledged, “If my kingdom were of this world, then my disciples would fight.” Modernity, in many respects, is simply the secularizing of the Christian vision. The Kingdom that is “not of this world” must, in modernity, become “of this world.” Every dream of a better world, every hint of progress is a modern echo of the preaching of the Kingdom. Of course, the Kingdom no longer needs a king, much less the King of Creation. But the modern imagination is always turned towards a future. Our dreams are inherently eschatological (directed towards the end).

This orientation is the engine behind the constant improvement and development in technology and science. At the most fundamental level, we think we are building towards something. It is uniquely Western, inasmuch as the modern West is built on a Judeo/Christian foundation. The religions of the East (Buddhism, Hinduism, etc.) lack this eschatological vision. It’s not that there are no visions of a Buddhist or Hindu paradise, but that those visions are very much “not of this world,” indeed, this world is not even of this world.

Islam has to be seen as belonging to the Judeo-Christian world, regardless of how foreign it might seem. The Fathers, contemporary to early Islam, all judged it to be a form of Christian heresy. I think this is quite accurate and important to our understanding. For though Mohammed makes many changes in the Jesus Story, and modifies most of the elements of Christianity, he, nevertheless, still works with Judeo-Christian elements. There is an expectation of paradise – and, more ominously, the notion of a pure state established under Sharia Law.

Historically, Islam has occasionally been content to live within the borders of its religious vision. But there always lurks the haunting figure of a righteous world. Our most recent experiences with ISIS have been a modern outbreak of a drive to “restore the Caliphate,” an eschatological vision of a purified state – a Muslim paradise on earth.

The deepest danger in this vision is similar to the danger presented within modernity itself. An eschatological vision driven by a this-world realization is always ripe for a utilitarian treatment. That is, the logic of “the ends justifies the means” seems utterly compelling. What would we not do to create paradise? How would the failure to do it not be a tragic sin?

This logic drives much of our modern world in forms that have become hardly noticeable. The modern secular paradise has almost no definition. We think of it vaguely in terms of a “better world.” In the name of a better world, almost anything in the present can be overthrown, often with little evidence that the result will actually be an improvement. The world is constantly beset with “unintended consequences” and “collateral damage” as ever more “progress” is set in place.

Needless to say, the modern vision is generally less violent and abhorrent than the nightmare of radical Islam. But the logic is tragically similar. There is, within such an eschatological vision, an inherent violence. That violence is only limited by other ethical restraints, something that grows thin or almost non-existent from time-to-time.

There is nothing wrong with the presence of an eschatological hope. As noted earlier, Christ begins His entire ministry with the proclamation of the Kingdom of God. It is the nature of the hope and the Kingdom itself that separates nightmare from dream. In classical Christianity, the Kingdom has a sacramental quality – it is both something that is hoped for and something that is already present. Orthodoxy believes that the Divine Liturgy is itself the Kingdom of God on earth. There is nothing about the world that must change in order for that Kingdom to be realized. It is already present and is making itself realized. The struggle is not to make the world into the Kingdom but to purify the heart so that the Kingdom can be seen. “Blessed are the pure in heart, for they shall see God.”

The “secularization” of the Kingdom of God is a hallmark of Islam, as well as any number of Christian deviations. The name for the heresy represented in these deviations is “chiliasm.” The heart of chiliasm is the belief in a literal thousand year reign of the Kingdom on earth. Properly, the Christian hope is of an eternal transformation of heaven and earth, something utterly removed from any ability of humans to achieve. But the literalization of this hope (which I am calling “secularization”) creates an illusionary goal and offers the temptation to force such an arrangement to come about. Indeed, the entire Social Gospel movement of the 19th century (even into the present), has its roots in just such a false hope. And (not to create political arguments), it is also the root of liberal-progressive politics, dating back to the Whig movements of the 19th century. Marxism has only been one very common form of this political eschatology.

The loss of a sacramental understanding within Protestant thought created a vacuum filled with various literalist substitutes. Periodic iconoclast uprisings, along with various extreme political experiments are all results of this heretical failure. The birth of secularism in the modern period (beginning in the late 18th century) is only a later version of the same false vision. More importantly, however, this false vision in the form of secularism has come to dominate modern thought – both religious and political. The only difference between a polite liberal and a radical Marxist is the lengths to which they are willing to go in order to create a “better world.”

The classical Christian understanding, free of heresy, is that in Christ, the Kingdom of God has already come. It is accessible even now for those who are willing to enter. As such, it is utterly foreign to coercion and violence. Mankind can do nothing to force its hand or cause its appearing. Concomitantly, anything that human beings can cause will not be the Kingdom itself. It is not, and cannot be, a political goal.

I am not a political theorist (indeed, the very concept of a political theorist is itself a product of modernity). But it can be observed that classical Christian thought views the role of human government to be the control of evil and the stability of society with a view towards some modest application of justice. The coming of the Kingdom is marked solely by the inner transformation of believers – it is not a human project of social improvement.

Obviously, the work for justice involves appropriate political goals. It is also true that such goals should be tempered with the expectation that perfection does not belong to this world. Laws should be just, but they will not ultimately bring about a just world. The state should restrain evil, but it will not eliminate it.

Those who characterize religion as violent are often poor students of history. But classical Christianity would readily agree that heresy is dangerous stuff. There’s a reason that the Church has always opposed heresy. It kills people.

Glory to God for All Things 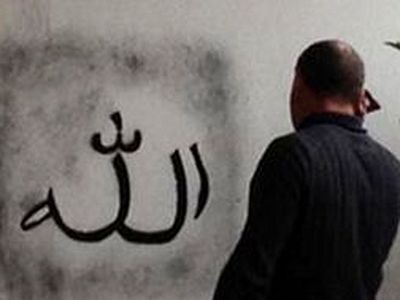 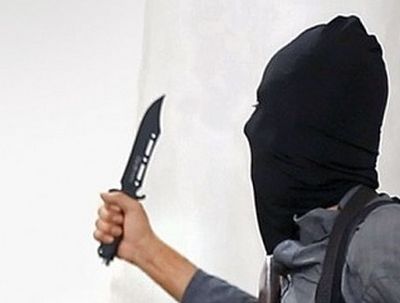 Terror by the minute

Terror by the minute Across Europe, Africa, and the Middle East terrorist attacks unfolded seemingly simultaneously in January, a product of bigger, better-financed Islamic jihadists driven by a singular ideology. ‘The West is duly terrified. But it should not be surprised’. 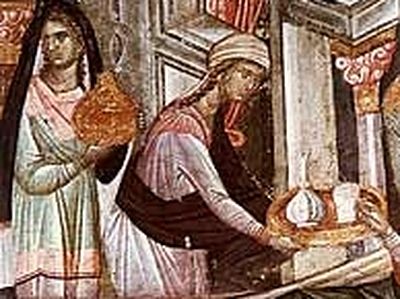 Saint women of the Orthodox Church and Islam Yuri Maximov

Saint women of the Orthodox Church and Islam Yuri Maximov In the early 18th century in the Oman Empire in the provincial town of Prusse there lived a beautiful Greek girl called Argery. She was brought up by pious parents and in her youth years she met her love – a kind Greek youth. They got married in the church and their honeymoon was happy. But, their Turkish neighbour was inflamed with lust towards Argery and tried with his sweet words to talk her into committing adultery in the absence of her husband. The pious wife declined his encroachments. Then the embittered Turk slandered her before the judge of Prusse by telling that she had promised to become Moslem. ...
Комментарии
Sally Iloff27 ноября 2015, 07:00
The wonderful article written here is exactly I needed to explain myself whether I am wrong or the Western eschatology brings falls ideas about the Second Coming. The Second Coming is real but no one born on this earth knows the time and the day. Repetitively saying that all signs are present and only Jesus Himself has not come yet is as stupid heresy as the modern/contemporary American churches can offer as credit-card salvation. No internal spiritual changes are necessary - we are predisposed, but selected, just support the church, help with donations for evangelization missions and expect to see the Second Coming or even be ruptured before any judgment. So stupid comfortable