The Moldovan Monastery of the Great Martyr St. James the Persian 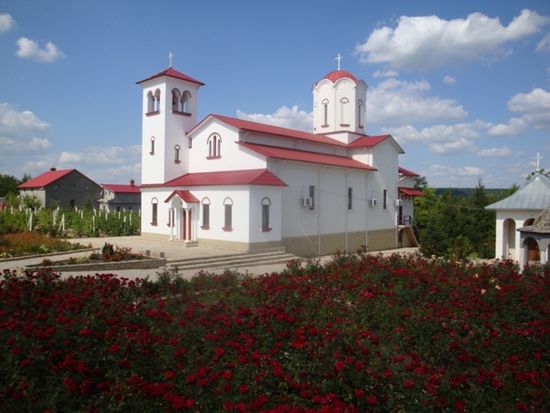 In the heart of Bessarabia, 16 km far from Chişinău, opening up in the middle of a green field as an eye in the sky is the monastery of the Great Martyr St. James the Persian, a contemporary monastic foundation that desires not to bring shame to the Tradition, but to continue it creatively.

Sireţi village, where the monastery is located, in Străşeni district, is a village with old traditions that deepens the monastery's roots into the depths of time back to St. Stephen the Great, whose soldiers came from the Vrancea Mountains and the valley of the Siret River to be closer to the border that was being threatened and overrun by heathen hordes.

On September 10, 1998, three monks and servants of the Church of St. Nicholas, Protosingel Porphiry, Hieromonk Theodore, and Hierodeacon Nathaniel consecrated the place for the church, and on May 24, 1999 the groundwork was laid for the church of the Great Martyr St. Jamesthe Persian, which was consecrated one year later, on October 29, 2000.

Protopriest Mihail Cazacu later joined the community, having a fervor and godliness similar to that of the neptic fathers of the eastern Church, and of the great benefactors and founders of monastic centers. He consecrated the space of the large church with the dedication of the Annunciation and St. John Jacob the Hozevite on September 15, 2004.

The monastery in the night of winter
On March 22, 2005 construction work for the main church began, and was finished in September 2006, wholly on the expenditure of Fr. Mihail Cazacu. Sireţi Monastery possesses invaluable spiritual treasures, namely important parts of relics of many saints:

The Holy Apostle Zacchaeus 20 April/3 May

The Holy Hierarch Basil the Great, Archbishop of Caesarea in Cappadocia 1/14 January

St. George the Trophy-Bearer 23 April/6 May

The Holy Righteous Fathers slain by Persians at Hozeva 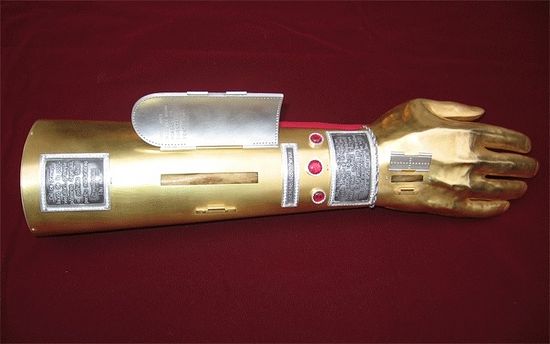 The Holy Righteous Martyrs Efthimios, Ignatius, and Acacius 1/14 May

The 40 Holy Martyrs from Sevastia 9/22 March

A small piece of the The Holy Cross wood.

All of these holy relics are available for veneration in the church of St. James the Persian.

The Patronal Feasts of the Churches of Sireţi Monastery.

Among the many great celebrations of the monastery, a special one is on 27 November/10 December when the Orthodox Church celebrates St. Jacob the Persian the Great Martyr who is the protector of the monastery and whose relics are preserved here, shedding gifts of spiritual and bodily healing.

St. Jacob the Persian the Great Martyr is known as being a deliverer from spiritual and bodily passions.

The second patronal feast day is the Annunciation which is celebrated on 25 March/7 April, the Most-Holy Theotokos being the protector of monks.

The third patronal feast is the celebration of our Venerable Father John Jacob the Hozevite on 5/18 August. 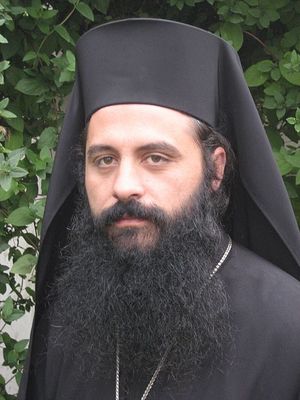 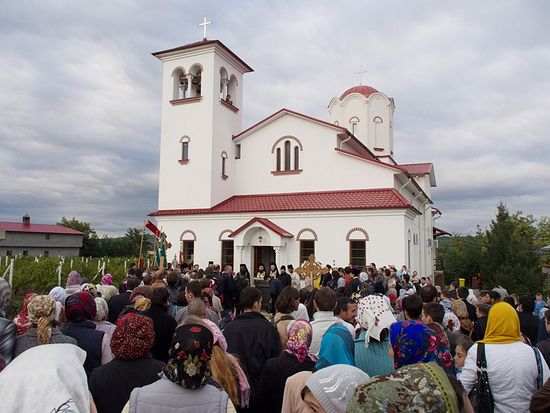 The Monastery of the Great Martyr St. James the Persian

Bishop Petru (Mustiata): “We Are Being Destroyed by Means of Their Non-Discrimination” Bishop Petru (Mustiata) "If four of five colleagues in a collective are sound and one is an infectious disease (tuberculosis, cholera, etc.) carrier, then he or she must be isolated and provided with medical treatment. But, from the standpoint of non-discrimination, if the carrier of the infection does not wish to be isolated and put on medication, then he or she is regarded as a victim of discrimination, while his or her colleagues will be fined." 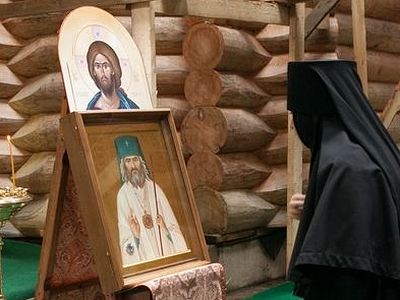 Church of St. John of Shanghai and San Francisco Being Built at St. Elizabeth Convent in Minsk, Belarus

Church of St. John of Shanghai and San Francisco Under Construction at St. Elizabeth Convent in Minsk, Belarus This church is very important for those who undergo treatment in the psychiatric clinic—as soon as it is opened, patients will have the opportunity to receive both spiritual and physical healing by participating in prayer, the Holy Mysteries and regular services.The church is named in honor of St. John because he dedicated his entire life to serving other people, including the sick, and he was known to often visit the sick in hospitals and has worked numerous miraculous healings. 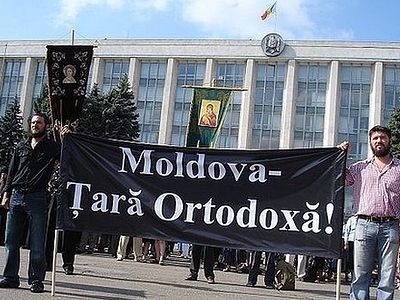 Orthodox Church of Moldova to hold a rally in support of the traditional family In 2013-2014, activists in Moldova frustrated several demonstrations by representatives of sexual minorities.
Комментарии