Protopriest Alexander Lebedeff, Secretary of the Inter-Orthodox Relations Department of the ROCOR, Considers the Upcoming Meeting Between Two Christian Primates Necessary in the Spirit of Mutual Christian Understanding 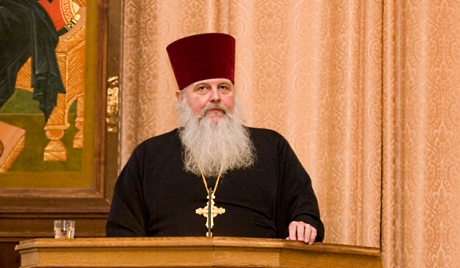 News on the forthcoming meeting on February 12, 2016 , in Cuba, between His Holiness Patriarch Kirill of Moscow and All Russia and His Holiness Pope Francis was received with due calm by the clergy and laity of the Russian Orthodox Church Outside of Russia. It has been understood for many years that just such a meeting was to be expected, not for reasons of false “ecumenism” but for the natural need to recognize that due to historical circumstances, the Russian Orthodox Church ministers in many instances to its flock on the very same territory where the Greek-Catholics under the authority of the Roman Pope practice their faith.

Undoubtedly, in the spirit of Christian mutual understanding, direct, personal contact is required between these two Primates of Christian confession, who provide spiritual guidance on shared territory.

Most important, however, is the fact that today, regardless of confessional adherence, Christians are threatened not only by persecution but by total annihilation in many parts of the world, specifically in the Near East and Northern and Central Africa.

We pray to the Almighty God that the forthcoming meeting will help foster mutual understanding on many questions which trouble the Christian world and will enable the establishment of peaceful cooperation with other Christian confessions which witness the One Christ God, our Savior.

Russian Orthodox Church Outside of Russia 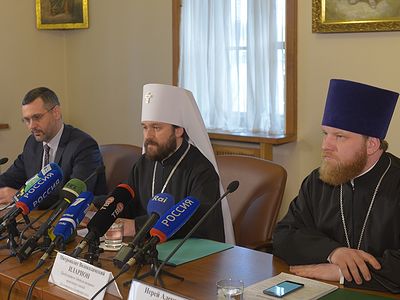 Press conference at DECR on Patriarch Kirill’s forthcoming visit to Latin America Metropolitan Hilarion of Volokolamsk, chairman of the Department for External Church Relations (DECR), held a press conference on February 5, 2016, at the DECR. The meeting with Russian and foreign mass media reporters was devoted to the primatial visitation of His Holiness Patriarch Kirill of Moscow and All Russia to Latin America, which will take place from February 11 to 22, 2016, His Holiness will visit the Republic of Cuba, the Republic of Paraguay and the Federal Republic of Brazil. 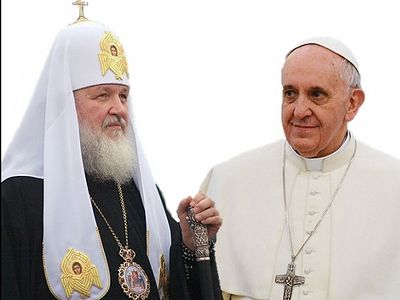 Joint Press Release of the Holy See and the Patriarchate of Moscow This meeting of the primates of the Catholic Church and the Russian Orthodox Church, after a long preparation, will be the first in history and will mark an important stage in relations between the two Churches. 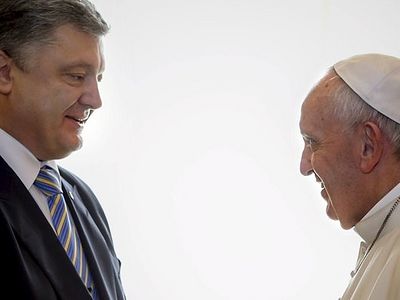 Picket against Pontiff's visit to Ukraine held near the Vatican's Embassy

A picket against Pope’s visit was held near the embassy of Vatican in Kiev The Orthodox protesters carried placards which read: “No to the Vatican’s proselytism in Orthodox Ukraine!” and “A visit on the canonical territory of the Russian Orthodox Church without receiving its permission is a violation of the Church rules!”
Комментарии