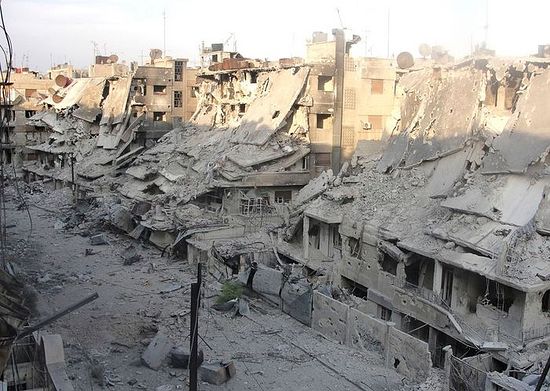 The Moscow Patriarchate Department for Church Charity and Social Service transferred $1,320,407 to the bank account of the Patriarchate of Antioch in the beginning of August 2013.

The money was collected at the Russian Orthodox churches with the blessing of Patriarch Kirill of Moscow and All Russia to help people affected by the military hostilities in Syria, the patriarch's website reports.

The primate of the Church of Antioch expressed his "high esteem and great gratitude" to Patriarch Kirill for the fund-raising and assured him that the Patriarchate of Antioch would send "a detailed plan of distribution... so that the holy sister Russian Orthodox Church could inform her generous faithful about the distribution of the mentioned sum."

The church-wide fund-raising campaign to help those affected by the hostilities in the Middle East began in the end of June with the blessing of Patriarch Kirill. Donations were coming from dioceses, parishes monasteries, and individuals from various cities, including Kaliningrad, Vladivostok, Yekaterinburg, Syktyvkar, Saransk, Murmansk, Pskov, Orenburg, Volgograd, Tula, and even Krymsk which underwent devastating floods last year. Money was also transferred to the account of the Department for Church Charity and Social Service from Israel, Armenia, Italy, Germany, and other countries.

The Synodal Department for Church Charity and Social Service published detailed fund-raising reports on its web-site.

Earlier, humanitarian aid to Syrian people was collected by the Imperial Orthodox Palestine Society (IOPS) with the assistance of the Department for External Church Relations and the Department for Church Charity and Social Service, in compliance with the appeal made by Patriarch Kirill at the meeting of the IOPS Council on 28 November 2012.

The aid-raising campaign was completed on 12 April 2013. There were collected around seventy tons of cargo, including over twenty tons of flour, sugar, salt, and cereals to the sum of around one million rubles, as well as around thirty tons of medicaments and bandaging materials. Transferred to the account opened for donations were over three million rubles. The humanitarian cargo was sent to Damascus to be handed over to Patriarch John X of Antioch and All the East and to the Grand Mufti of Syria, Sheikh Ahmad Badr Al-Din Hassoun.

The Sacred Council of Bishops of the Russian Orthodox Church, which took place on 2-5 February 2013, expressed its deep concern over the dramatic aggravation of the situation of Christians in the Middle East and North Africa. "The vanishing of Christianity in the lands where it has existed for two millennia and where the main events of the Holy History took place would become a spiritual and historical tragedy", the Council stressed in its resolution.

The primates and representatives of the local Orthodox Churches, who came to Moscow for the celebration of the 1025th anniversary of the Baptism of Russia, adopted the joint statement which focuses on the situation of Christians in the Middle East. The document emphasizes that the situation in Syria is particularly tragic today.

"In the heat of the fratricidal war, Christians, as well as representatives of other religious groups, are massacred, driven out of their native cities, towns and villages, out of the places where they used to live for centuries in peace with people of other religious traditions," the statement reads. "We are grieving together with all the suffering people of Syria. We demand that the outstanding Christian hierarchs of Syria - Metropolitan Paul of Aleppo and Iskenderun and Syrian Jacobite Metropolitan Mar Gregory John Ibrahim of Aleppo be immediately freed."

The primates and representatives of the local Orthodox Churches addressed all the warring sides, as well as those, who can make a political impact on the situation, with an appeal to stop the wave of violence and extermination of civilians, to impose a moratorium on the military hostilities, and to free the captured clergy and other civilians.

On 25 of July 2013, during the meeting in the Kremlin, Patriarch Kirill handed over the text of the statement to Russian President Vladimir Putin on behalf of the primates and representatives of the local Orthodox Churches who had signed the document.

Military hostilities broke out in Syria in March 2011; in June 2012, the United Nations declared that the Syrian conflict was a civil war. According to the UN official data, around a hundred thousand people have fallen victims to the war. More than four and a half million people have had to leave their homes in Syria; many of them have fled to Lebanon, Jordan and other Middle East countries.

At present in war-ridden Syria, militants have been engaged in the methodical destruction of Christianity. On March 29, 2013, Bishop Luke of Seidnaya, Orthodox Church of Antioch, told the mass media about the catastrophic condition of Syrian Christians. He stated that 130 000 Christians were driven away from their homes as of that day. There is a systematic destruction of Christian churches and killing of people.

'The damage inflicted on our churches is enormous. They are destroyed, broken, looted. If a human life does not have any value for criminals, will they spare our shrines? Our parishioners are attacked and beat up. All these things acquire a 'lawful status' because there is a rebellion and nobody protests', he said. Thus, in Homs, extremists massacred Christians, killing hundreds of people. Similar things can be seen in other regions in Syria.

The Department for External Relations and Development of the Orthodox Church of Antioch renders aid to people affected by the armed conflict on a regular basis. The needy in various regions of the country get blankets, mattresses, food, and sanitary kits.