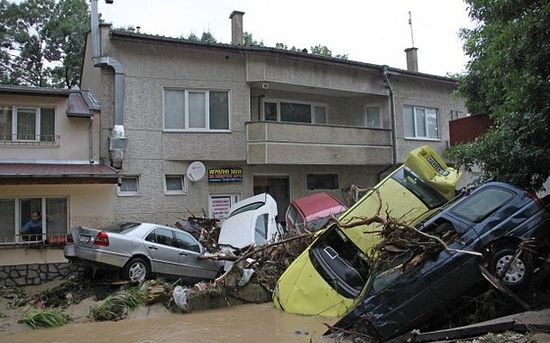 Heavy flooding in eastern Bulgaria earlier this month is having significant after-effects, The Sofia Globe and Novinite report.

The Black Sea city of Varna is struggling to house more than 770 people who lost their homes because of landslides, The Sofia Globe reports, citing Bulgarian National Television.

In addition, Agriculture Minister Dimitar Grekov said up to 250,000 decares (74,000 acres) of wheat have been destroyed by the rainfall and that it could take at least a week longer than usual to collect the harvest, Novinite reports, citing local media.

“Estimates of the Agriculture Ministry suggest that this year’s crops could be up to 20 percent lower than in 2013,” Novinite reports.

Grain shortfalls and price rises are not expected, and farmers who have lost all their crops will be compensated for up to 80 percent of their value, Grekov said, according to Novinite.

Meanwhile the body of a child was found today, bringing the death toll to 12, Novinite reports.

About a month's normal rainfall fell in the regions of Varna and Burgas in a 24-hour period last week, the BBC reported. Floodwaters in Varna reached heights of up to one meter and many people needed to be rescued as cars were swept away, according to the news agency.

Hundreds were left without electricity or food. 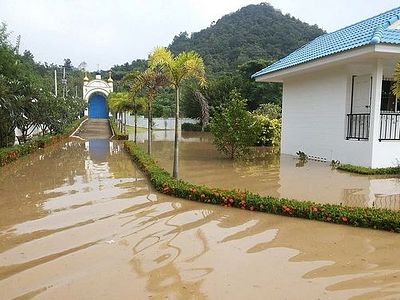 Flooded Orthodox Monastery in Thailand urgently needs help The territory of the Monastic community in Ratchaburi was entirely flooded. The depth of flooding has reached 70 centimeters. 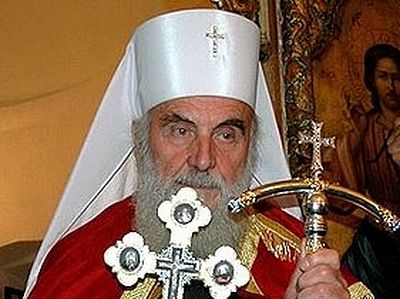 Bosnia and Serbia hit by worst flooding for 120 years, Patriarch calls for help

Bosnia and Serbia hit by worst flooding for 120 years, Patriarch calls for help Patriarch Irenej has called for help and attention to those affected by the floods in the Balkans.

Bishop Sergy of Barnaul calling to help in connection with the floods The flood which has swept away four lives continues in Siberia. 34,000 people were evacuated altogether.
Комментарии