There was an attempted seizure of a church in Pereiaslav-Khmelnytskyi, some 85 kilometres (c. 53 miles) south from Kiev. The attempt was unsuccessful, but the church’s future will be decided by the voting, scheduled for October 11. There were young people with “The Right Sector” symbols among the attackers. 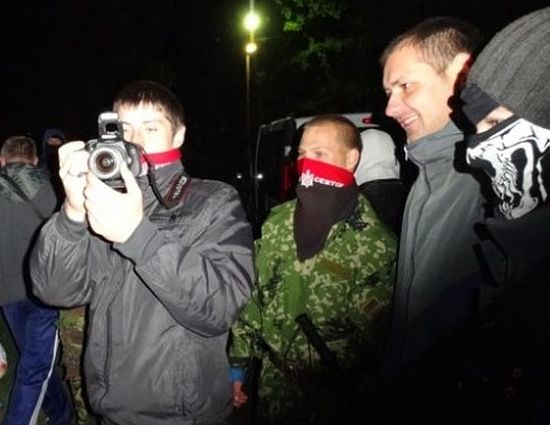 According to the Boryspil Diocese’s website, on October 5 a group of unidentified people in camouflage and with baseball bats, headed by the city council deputies Sivorko N.N., Levchenko V.G., and Salobai A.Z., attacked the Church of Holy Righteous Princes and Passion-Bearers Boris and Gleb, cut off the door locks and blocked the entrance to the church. 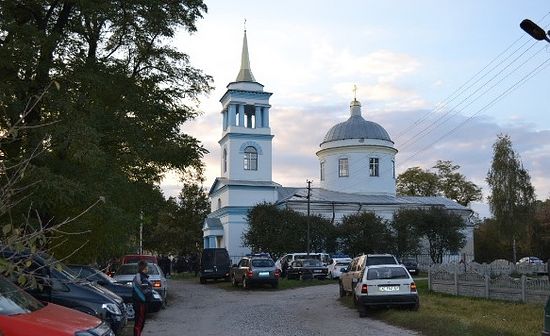 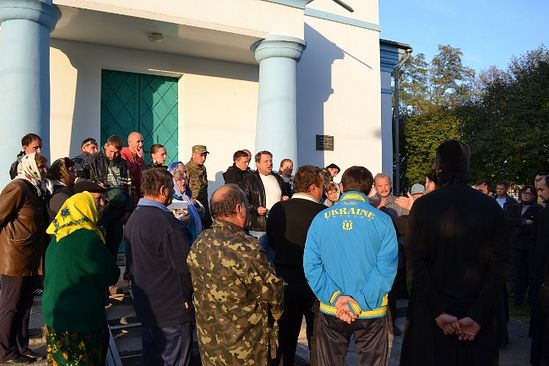 Driving back from the church its rector, Archpriest Anatoly Mikhnevich, the attackers tore the scufia (priest’s hat) off the priest.

The rector at once reported the incident to the police, who then posted security guards at the church doors. The rural dean, the deanery clergy and the faithful also immediately arrived to the location. 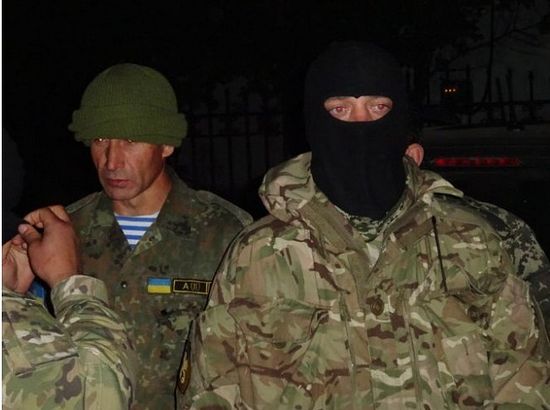 In the meanwhile, the aggressors, who had nothing to do with the church community, demanded removal of the rector as well as transfer of the church to the so-called “Kyiv Patriarchate”.

The assault was occurring in this “patriarchate” representatives’ presence who were just silently observing what was going on.

Later the city mayor T.V. Kostin arrived to the church in order to settle the conflict situation, reports the diocese’s website. He declared that on October 11 there would be a voting among the Borisovka micro-district residents on a possible transfer of the church to the “Kyiv Patriarchate”.

Pereiaslav-Khmelnytskyi is a city of regional significance in the Kiev region of the Ukraine, with a population of around 31,000 residents. It is the administrative center of the Pereiaslav-Khmelnytskyi district (but not included in it). This is one of the most ancient cities of Rus’ (the original name is Pereyaslavl, or Pereyaslavl Russkiy), the former capital of the medieval principality of Pereyaslavl. The city was given its current name in October 1943.

Schismatics seize three more churches in the Ukraine According to Metropolitan Bartholomew of Rovno and Ostrog, followers of the so-called “Kiev Patriarchate”, unrecognized throughout the Orthodox world, are seizing churches of the Ukrainian Orthodox Church of the Moscow Patriarchate. 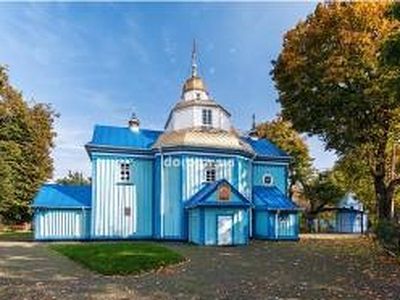 Dissenters take over Orthodox church in Rovno Region of Ukraine

Dissenters take over Orthodox church in Rovno Region of Ukraine "They really started storming the church from the outside. They tried to cut off the lock on the main doors with a grinder, Eventually, they brought a crow bar and just tore the side doors of the right choir place," the report says.

Schismatics forcibly seize Orthodox church in Rivne region Representatives of the self-declared “Kyiv Patriarchate” with support of the nationalists have seized the Church of the Image of Christ, “Not Made by Hands”, in Khodosy village of the Rivne district of the Ukraine’s Rivne region.
Комментарии