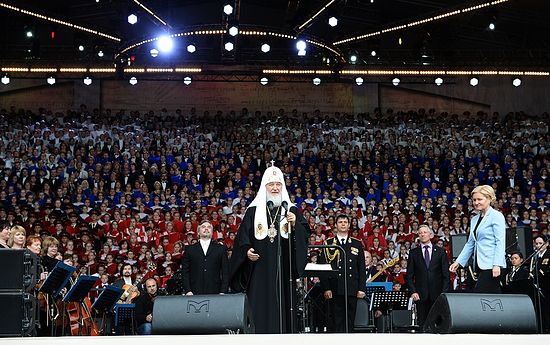 On Sunday, May 24, the whole of Russia celebrated the Day of the Slavic Writing and Culture. More than 1000 years ago the Holy Brothers Cyril and Methodius created the first alphabet for Slavs. The Cyrillic alphabet became the basis for many languages. In addition to Russian, these are also the Bulgarian, Serbian, Belarusian, and Ukrainian languages.

On Sunday, the Day of the Slavic Writing and Culture was celebrated worldwide. In Moscow, by tradition, the holiday began with a solemn service at the Patriarchal Cathedral of Christ the Savior followed by a grand concert near the Kremlin, reports NTV.ru. 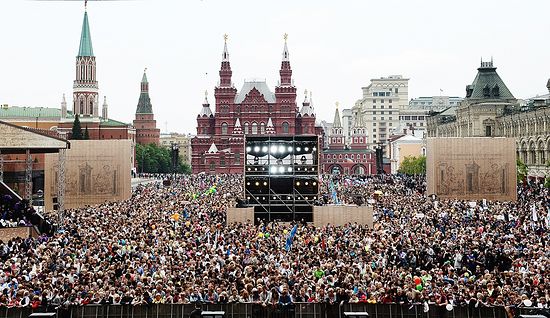 According to a correspondent of NTV, on that day a joint choir of 2000 people performed in the Red Square along with notable Russian music bands and actors. A sing-along of favorite Russian music was conducted from the stage, and the over 70,000 strong audience filled the entire Red Square with song. 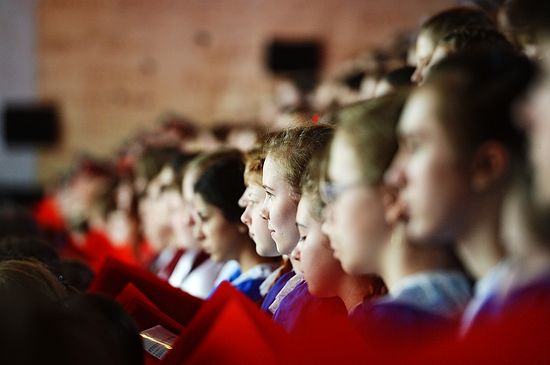 The Day of the Slavic Writing and Culture is one of just few public holidays in Russia that are both secular and Church festivals at the same time. Not only did people honor the memory of Sts. Cyril and Methodius on Sunday, but also remembered the most outstanding cultural events of the year. For example, this year marks the 100th anniversary of birth of the prominent Russian composer Georgy Sviridov, the 175th anniversary of the great composer Peter Chaikovsky, and the 110th anniversary of the famous Soviet writer Mikhail Sholokhov. 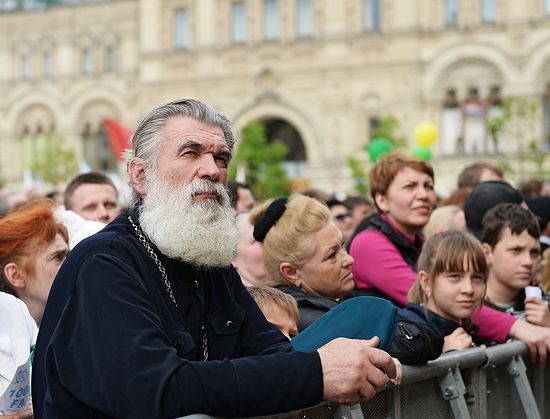 On the occasion of the 70th anniversary since the Great Victory in the Great Patriotic War (WWII), several songs praising the exploits of the Soviet soldiers during the War were performed from the stage. 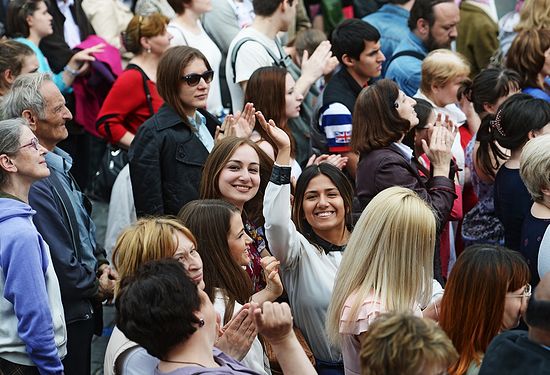 But first and foremost, the spiritual labors of Sts. Cyril and Methodius, the Teachers of the Slavs and creators of the Cyrillic alphabet, was celebrated on that day. Patriarch Kirill of Moscow and All Russia addressed himself to those gathered in the Red Square. 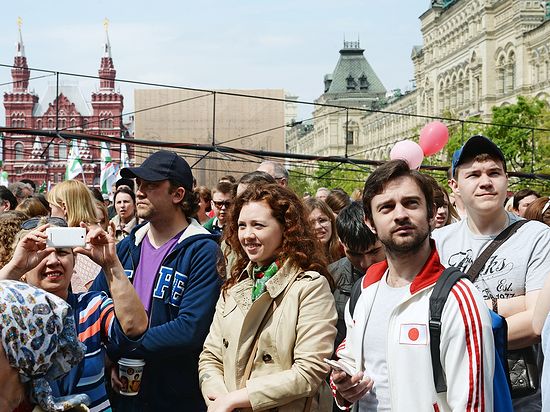 “Sometimes we are asked: what is our message to the world. And we should answer: this is a combination of knowledge, intellect, education, and spirituality. It is the power of the nation, the power of the people. And it is this combination that determines the viability of a state,” said the Patriarch. 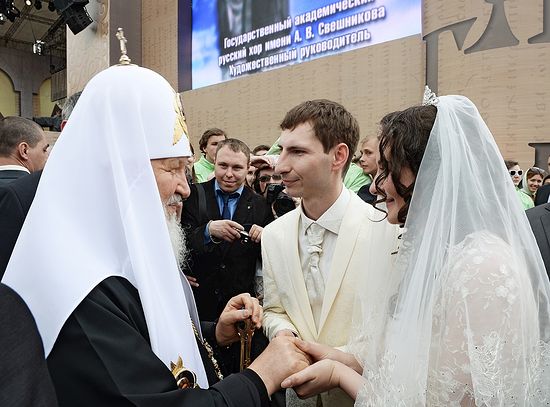 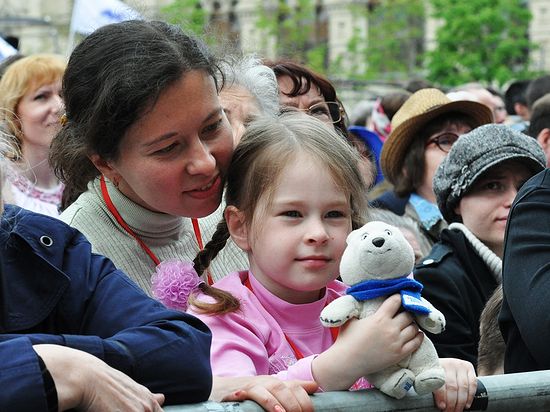 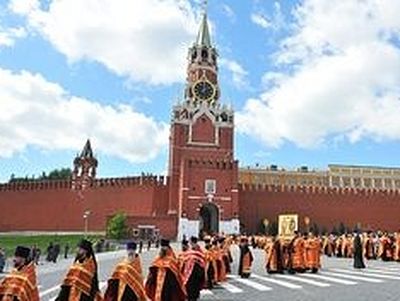 Day of Slavic writing celebrated in Russia, abroad The celebration of the Day of Slavic Writing opened with the patriarch's liturgy in the Kremlin Uspensky Cathedral on Tuesday. 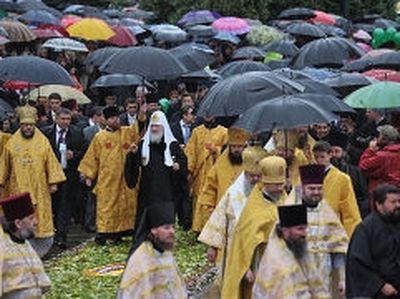 The Romance-Slavic Symbiosis For Moldova, the Patriarch of Moscow is the living symbol of its spiritual unity with Russia and as such, he is important both for the Russian-speaking minority and for a large share of Moldova’s population, which sees ties with Moscow as a guarantee of the country’s independence from Romania. At the same time, there is a vocal minority here that leans toward reunification with Romania. 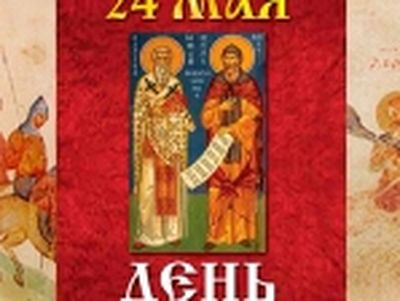